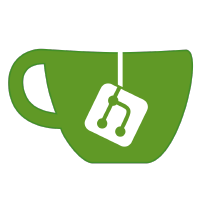 This week’s featured open-source project gives developers “Git with a cup of tea.” Gitea is a self-hosted Git service.

“The goal of this project is to make the easiest, fastest, and most painless way of setting up a self-hosted Git service. Using Go, this can be done with an independent binary distribution across all platforms which Go supports, including Linux, macOS, and Windows on x86, amd64, ARM and PowerPC architectures,” according to the project’s GitHub page.

The solution is cross-platform, easy to install, has low minimal requirements, and can run on a Raspberry Pi, according to the team.

Version 1.10 was recently released with week with 97 features and enhancements, and over 150 bug fixes and documentation improvements.

Some of the new features include: Webhooks can be triggered with a branch filer, branches are protected from merging until all required status checks are passed, a page revision list has been added to the wiki, and images are shown side-by-side for comparing changes.

A full list of features and bug fixes is available here.