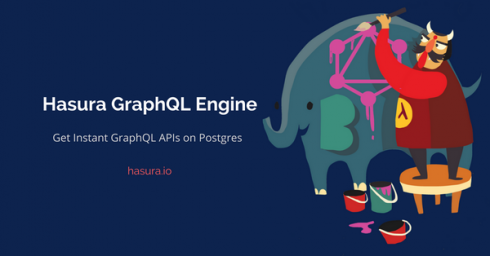 With its open source release this week, GraphQL-as-a-Service company Hasura’s GraphQL Engine is looking to lift the burden on front-end and enterprise application developers who want to begin incorporating GraphQL’s data querying and manipulation capabilities in their preexisting Postgres-based applications without having to dig through the back-end of GraphQL’s code to implement it.

”GraphQL and the tooling around it dramatically increases the feature velocity for developer teams by reducing the communication required between them while developing new features,” the company wrote in this week’s announcement. “As a result, GraphQL servers are like self-documenting APIs that enable full API discoverability for the developers. This enables the front-end developers to make API requests, in order to introduce new features or change existing ones, in GraphQL without having to wait for back-end developer teams to deliver APIs and document the changes.”

The company explained that Hasura can handle the bulk of the work involved with incorporating GraphQL in existing projects with features like:

“We’re thrilled to open source Hasura’s GraphQL Engine to further ease the adoption of GraphQL,” Tanmai Gopal, co-founder and CEO of Hasura, said in the announcement. “Dollar-for-dollar no other solution comes close to matching Hasura’s phenomenally high performance. The GraphQL community can harness our lightweight GraphQL-as-a-Service engine and turbocharge any of their new or existing Postgres applications. Concurrently, for enterprises using Postgres, they can make a smooth, rapid transition over to GraphQL. Postgres is the first along a roadmap of other leading databases that Hasura intends to support in the future.”