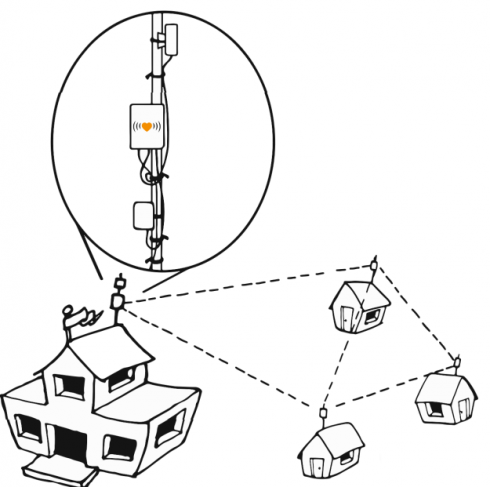 Born out of the 2014 FCC crackdown on modifying off-the-shelf network infrastructure devices, this week’s highlighted project got its start as a way to help facilitate community networks, which relied on such modifications for most of their operations. LibreRouter uses open-source hardware and software to provide the sort of flexible network infrastructure required by locally organized networking initiatives.

In a discussion with APNIC, members of the LibreRouter team said that when the 2014 regulation was rolled back, the impact of the bumped-up security was felt worldwide, which is why LibreRouter members all over the globe continue to develop their hardware and software with approachability, efficiency, robustness, affordability and especially, the community being served in mind.

“Don’t design from the computer desk, design from the community on,” Nicolas Pace, member of Argentina-based community network coordinators AlterMundi as well as LibreRouter, said in the post. “Because it’s their need that you need to fulfil, not the manufacturer’s need. Who runs the community? Who owns infrastructure? [Is it] managed by one or by many or by everyone? Also, what do they want to do with the infrastructure? If they do break, the devices need to be repairable by the communities, with parts that are available to them.”

Pace explained that factors like remoteness of the community, available technical skills, electricity and budgets, as well as the physical layout of the place, which impacts signal performance, are all major factors that groups like his consider, but above all, repairability is the main concern.

That’s why the LibreRouter designed its hardware and software with modability, usability and education in mind, Pace said. They’re easy to reverse engineer, structurally simple, and come with blueprints.

While the LibreRouter hardware, as of now, provides for usual Wi-Fi capabilities through 5Ghz MIMO radios capable of 300 Mbps, and has mini PCIe ports for expansion as well as hardware for protecting the routers from lightning strikes, the group plans to implement TV White Space frequency shifters, which could expand the range of service up to 9 miles away from the routers.

On the software side, LibreRouter has the LibreMesh, LimeApp and LibreNet6, which provide for Adhoc Networking, network monitoring and VPN service respectively.

Though only a prototype for now, the LibreRouter hardware and software have performed favorably, with test cases in Mexico, Argentina, Canada and Spain.