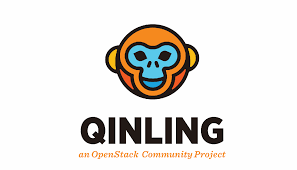 This week’s SD Times Open Source Project of the Week — OpenStack’s Qinling — allows users to run code without provisioning or managing servers and only pay for the compute time they consume. The release is still under development and the current supported release is Stein.

According to the makers of Qinling, the project was created to provide “Functions-as-a-Service” for serverless functions such as AWS Lambda. Through plugins, Qinling supports container orchestration platforms such as Kubernetes and Swarm as well as function package storage backends.

Senior OpenStack developer at Catalyst IT Limited Lingxian Kong said that Qinling talked to the Kubernetes API using insecure connection previously, but in this dev cycle that was changed using certificate to communicate with the Kubernetes API.

Qinling also offers auto-scaling, webhook (a low-effort way to invoke the functions in Qinling), and sync/async function executions. The OpenStack website states that Qinling communicates with the container by sending HTTP requests and runs user function inside. It only supports Python 2 and Python 3 officially and is experimenting with Node.JS.

In Qinling, each runtime is encapsulated in a container image which is used for creating the runtime container, according to the site.

“There are still a lot of things we need to finish to make Qinling production-ready and the first priority is always documentation. We are trying our best to add more,” Kong said.