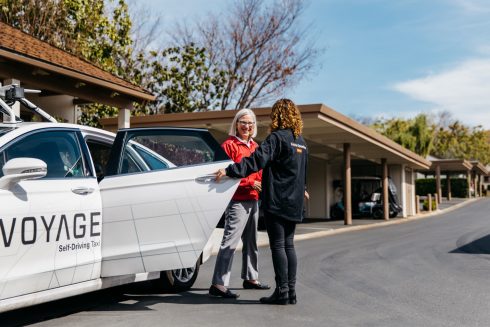 In an effort to improve autonomous vehicle safety, Voyage is open sourcing its Open Autonomous Safety (OAS) library that contains the company’s internal safety procedures, materials, and test code that is intended to supplement the existing safety programs at autonomous vehicle startups. Voyage is the self-driving business from the educational organization Udacity.

According to Voyage, OAS is just the first in a series of safety-related open source releases.

“With so many new autonomous vehicle startups defining safety processes from the ground up, we believe releasing something today is important. We cannot wait to see OAS grow into a comprehensive library of content that becomes the gold-standard for safely testing autonomous vehicles,” Oliver Cameron, CEO of Voyage, wrote in a post.

The initial OAS release is focused on five key areas:

Scenario testing consists of a list of custom-built scenarios that can be used to evaluate the real-world capabilities of the technology. Though the scenarios currently only feature scenarios in suburban environments, Voyage is hoping contributions will be made for high-speed, urban, and other scenarios.

Functional safety is all about ensuring the car remains functionally safe without a human driver to make those determinations or to mitigate failures when they arise.

Autonomy assessment helps developers ensure they are making the right decisions and moving the technology forward. According to Voyage, this is crucial because with so many different parts of a vehicle, making one change could potential impact many different components, which makes it hard to determine if they are moving the technology forward or backward.

“If any startup were to build their own Linux-equivalent today, it would be riddled with security flaws and bugs. Time and a world-class open source community have ensured that Linux is one of the most battle-hardened products out there. We believe that the procedures, materials and test code to validate the safety of a 2-ton autonomous vehicle should be just as (if not more!) battle-hardened. This is why we are releasing OAS” Cameron wrote.