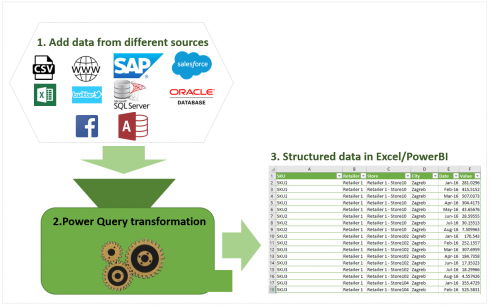 Scalyr, a provider of log management and observability, released a new set of data operations within Scalyr called PowerQueries.

“We received a lot of valuable feedback and we have a healthy list of additional features planned. However, based on the rapid uptake and overwhelmingly positive response to the beta, we’ve decided to make PowerQueries available to all of our customers,” said Steve Newman, founder and chairman of Scalyr.

“We have entered an age where businesses must redesign their workforces with a combination of people and digital workers, such as RPA bots,” said Sean Chou, CEO and co-founder of Catalytic. “We look forward to helping to connect Automation Anywhere bots to the extended enterprise, with complex workflows involving employees, customers, and suppliers.”

Users can compare sets of data and choose which ones are most pertinent to their individual investment strategy. The tool does this by providing alternative data intelligence and research from over one thousand sources, according to the company.

“There’s clearly a need to reduce the hassle associated with discovering and comparing basic features of datasets such as affordability, history, universe applicability and many other factors. This tool does exactly that,” said Daryl Smith, the head of research at Neudata.”

The company works with alternative data from fields like social media, weather to web-tracking, economic and environmental sources.