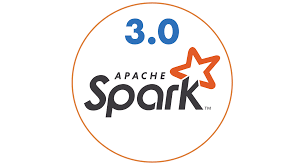 Spark SQL is the top active component in this release with 46% of the resolved tickets are for Spark SQL. This year is also the 10-year anniversary of the Spark project.

The first release candidate of OpenAPI 3.1.0 now supports 100% compatibility with the latest draft of JSON Schema.

It includes a new top-level element for describing Webhooks that are registered and managed out of band. It also includes support for identifying API licenses using the SPDX identifier.

The PathItems object is now optional to make it simpler to create reusable libraries of components. Reusable PathItems can be described in the components object. There is also support for describing APIs secured using client certificates.

Engineering teams can now run and collaborate on sprint planning, standups and retrospectives in one shared workspace.

“Agile is an essential framework for software-building, but teams have always had to interpret and manually input feedback from scrum meetings into execution,” said Jeff Haynie, the CEO of Pinpoint. “With Pinpoint, we’ve already built a platform that provides one space for teams to work with all the relevant data from source systems. Bringing these ceremonies into the product gives teams a complete, more productive, engineering workflow without creating more data silos or layering on additional tools.”

Users can now right click on a folder in File Explorer and select “Open in Windows Terminal”. The latest features in this release will move to Windows Terminal in July 2020.

Windows Terminal Preview 1.1 now supports font weights as the new profile setting and accepts a variety of strings describing font weights along with the corresponding numeric representation of a font weight.

The company secured $6 million in new funding that it plans to use for expanding its CI/CD platform. Mabl has raised $36 million to date.

“We’ve reached a tipping point where Enterprises are broadly recognizing the productivity and innovation that they can unlock by replacing complex test frameworks and cloud-based script runners with intelligent testing specifically built for DevOps,” said Dan Belcher, the co-founder of mabl. “We’re removing that complexity and making effective automated testing accessible throughout the modern development lifecycle.”