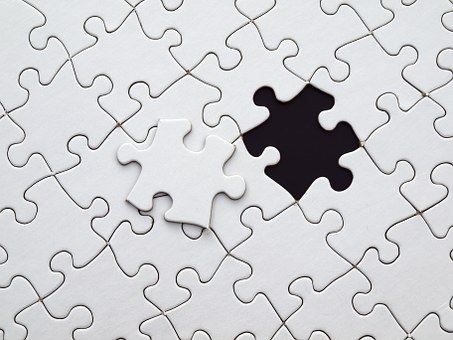 The hiring process in tech is different than in nearly any other industry. On top of the traditional behavioral interview, companies also have a technical whiteboard interview to test a candidate’s coding skills. It’s also not uncommon for tech companies to have a “fit interview” on top of that.

Companies do this because in addition to ensuring that a person has the right skills for the job, they want to make sure that whoever they bring on will fit in well with the existing team, explained Nancy Wang, head of product management at AWS and co-founder and CEO of AWIP, a non-profit focused on empowering female tech leaders.

According to Amelia Ransom, senior director of diversity and engagement at Avalara, a provider of tax compliance software, when companies talk about culture fit, they’re talking about bringing on an employee who will start and not have a rocky onboarding process. They will start at the company, and “just get it.”

RELATED CONTENT:
There’s a diversity problem in the tech industry and it’s not getting any better
Grace Hopper Celebration is more than just a tech conference
Girls in Tech’s Adriana Gascoigne: ‘We have a long way to go’

“Without having to really try to unpack and explain who you really are as an organization or what your culture is, you just meet this person and magically they get it and it’s gonna be smooth sailing from the time they start at the company,” said Ransom. “It rarely is like that, but that’s what we think we’re getting when we talk about a culture fit. Someone who just gets us.”

On paper, culture fit may make sense and sound practical, but in reality it results in a lot of problems. It’s often used as an excuse for discrimination and results in homogenous teams, which prevents the company from growing.

Culture fit is unfortunately often used as an excuse companies make for why they didn’t hire a particular candidate when they don’t have a valid excuse. “They have their requisite experience, they’ve done the scholarship, they have the education, whatever it is,” said Ransom. “But for some reason we just don’t like them because they’re different in some way. So we break out ‘oh, they’re not a culture fit.’ I rarely see it used in the affirmative. Like ‘oh, they’re such a culture fit.’”

The solution to this is seeking out culture add, not culture fit. According to Gail Frederick, VP of mobile and developer ecosystem at eBay and general manager of eBay’s Portland office, culture add is a “broader, more inclusive way of recruiting folks whose unique experiences might make our culture better.”

When you start with culture add, it can get uncomfortable at first, but companies don’t grow by being comfortable. “That’s where you’ve got this rut that’s happening,” said Ransom. “We don’t really want to get uncomfortable, we just want to grow. And one doesn’t happen without the other.”

That comfort is one of the downsides of culture fit. According to Frederick, when you’re selecting people that agree with the status quo, you risk product decisions. “If you’re in this walled-off culture you end up drifting from what your customers want and a product that might be accessible inside a static culture might not be accessible to the market,” she said. “So to me this is about creating teams that represent our customers and making sure that the way the teams work are applicable to our population, to our customers.”

Having a diversity and inclusion (D&I) coach in your company can be an important part of encouraging culture add, but change can happen without that role in place as well. “A leader with passion on this topic can make a lot of headway in their team, even if D&I is not yet an official corporate priority,” said Frederick.

Companies can — and should — work on D&I even if there is no D&I officer. “I don’t think it’s about waiting until the C-suite of the company has officially approved D&I focus,” said Frederick. “I think it’s about a leadership saying I want a more global team, I want to build a better product and we think focusing on diversity in the workforce makes our product better.”

A D&I coach can certainly help companies achieve those goals. According to Ransom, a good D&I coach can help point out some of the underlying issues within a company, allowing leadership to make the necessary changes. Ransom explained that a D&I coach is really just there to help the company create a path and a roadmap, and that change is ultimately up to the company to make.

In order to really support a culture add process, companies may need to work to change their internal culture. Ransom explains this point with a useful analogy: You can go out and buy 100 different flavors of ice cream, but if you don’t have a freezer, that ice cream will melt. The same is true in tech. If you hire diverse candidates, but don’t have a supportive company culture, they likely won’t stick around.

Often what happens when diverse hires are made and don’t work out, the company will blame the person rather than the environment. “What happens when we do that with people — when we go hire people, we hire a woman, or we hire people of color, or hire people for whom English is their third of fourth language, and they don’t work out, we tend to blame the person. ‘See I told you that wasn’t going to work out, they’re not a fit.’ But what really happens is you didn’t have a freezer and the ice cream melted and you blamed the ice cream,” said Ransom.