Fernando “Corby” Corbató, credited with the computer password, dies at 93 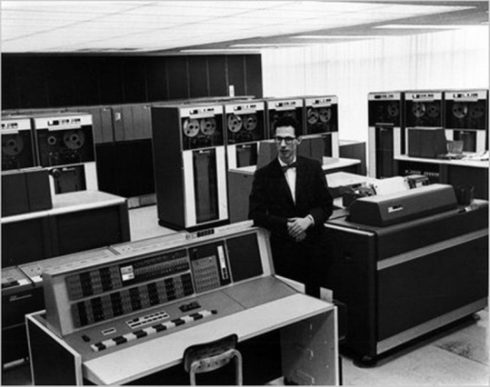 Fernando “Corby” Corbató, the creator of the first computer password, died last week. He was 93.

Corbató is widely known for democratizing the use of computers with his creation of the Compatible Time-Sharing System (CTSS) that was demonstrated in 1961.  CTSS led to the creation of the password because it introduced the ability to have individual accounts and personal passwords on a computer.

“Corby was one of the most important researchers for making computing available to many people for many purposes,” said long-time colleague Tom Van Vleck. “He saw that these concepts don’t just make things more efficient; they fundamentally change the way people use information.”

Throughout his career, Corbató was a part of multiple other time-sharing efforts such as Multics, which according to MIT spurred the creation of operating systems like Linux and laid the foundation for modern computing.

“It’s no overstatement to say that Corby’s work on time-sharing fundamentally transformed computers as we know them today,” said CSAIL director Daniela Rus. “From PCs to smartphones, the digital revolution can directly trace its roots back to the work that he led at MIT nearly 60 years ago.”

In addition, Corbató received the 1990 Association of Computing Machinery’s Turing Award for his time-sharing research.

Corbató was born on July 1, 1926. His career as an engineer began at the age of 17 when he joined the U.S. Navy working on radar and sonar systems. He went on to the California Institute of Technology for his bachelor’s degree and completed a physics Ph.D at MIT.

While working toward his doctorate, Corbató was recruited by MIT professor Philip Morse for real-time computation research. After graduating, Corbató continued the research at MIT’s Computation Center as a research assistant and later became the center’s deputy director, MIT said in a statement. There he started to work on improving the efficiency of computers.

In the 1950’s, multiprogramming was developed, which enabled “a second program to run whenever the first program was waiting for some device to finish,” according to MIT. Corbató’s time sharing-research was built off this idea.

“Once a user gets accustomed to [immediate] computer response, delays of even a fraction of a minute are exasperatingly long,” Corbató  wrote in a 1962 paper about CTSS. “First indications are that programmers would readily use such a system if it were generally available.”