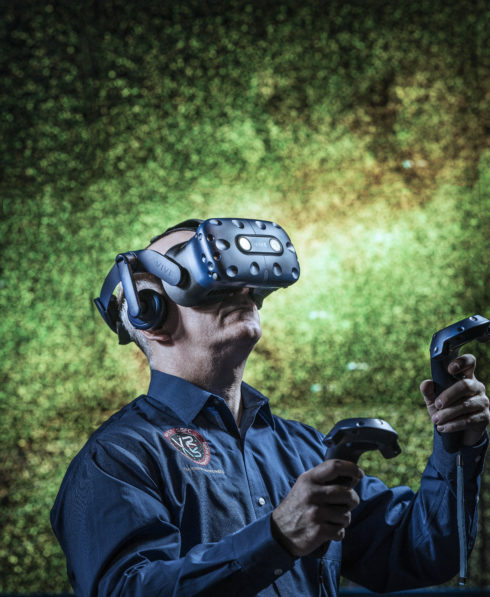 A planetarium in your living room might not be as far away as you think. NASA built a VR simulation that animated the speed and direction of 4 million stars in the Milky Way Galaxy, and has many other VR projects underway.

The work is being done through NASA’s Goddard Space Flight Center. The virtual reality team, led by Thomas Grubb, animated stars in a simulation to make the classification and creating groupings easier.

Using this VR simulation, researchers were able to classify which stars were put into the wrong groups as well as star groups that could belong to larger groupings, according to NASA researcher Susan Higashio.

“Observing stars in VR will redefine astronomer’s understanding of some individual stars as well as star groupings,” Higashio said. “Rather than look up one database and then another database, why not fly there and look at them all together.”

Grubb began looking at ways to develop for VR ever since the first viable headsets came to market in 2016. The team is also working on virtual hands-on applications for engineers working on next-generation exploration and satellite servicing missions.

However, there is still progress to be made to realize VR’s full potential.

“The hardware is here; the support is here,” Grubb said. “The software is lagging, as well as conventions on how to interact with the virtual world. You don’t have simple conventions like pinch and zoom or how every mouse works the same when you right click or left click.”

To work around these shortcomings, the team created a framework called the Mixed Reality Toolkit, which assists in science-data analysis and enables VR-based engineering design: from concept designs for CubeSats to simulated hardware integration and testing for missions and in-orbit visualizations like the one for Restore-L.

“For engineers and mission and spacecraft designers, VR offers cost savings in the design/build phase before they build physical mockups,” Grubb said. “You still have to build mockups, but you can work out a lot of the iterations before you move to the physical model.”