Online shopping and drugs (not related) 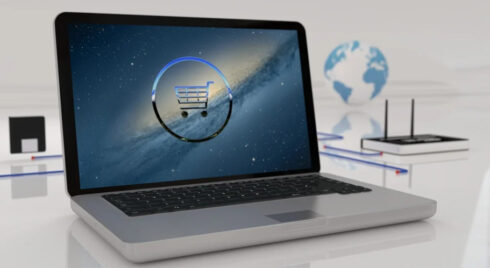 A couple of items crossed my desk this past month — one didn’t surprise me, based on the current state of the world, but one did.

Adobe released its Digital Economy Index, with data gleaned from more than a TRILLION visits to U.S. retail sites. Based on that, Adobe expects U.S. holiday sales (from Nov. 1 to Dec. 31) to reach $207 billion, which would be a new record. Global holiday spending should hit $910 billion, Adobe found, and for all of 2021, it expects spending to eclipse $4 trillion, which would also be a new milestone for e-commerce.

Because so many people are taking advantage of shopping online, Adobe reports that the major shopping days — Thanksgiving and Black Friday through Cyber Monday — are losing prominence. Adobe said sales during that time will still be a robust $36 billion, which will account for 17% of all holiday spending. But growth is slowing, expected to be just 5% over the same period last year.

There are other troubling signs on the horizon, however. Supply chain issues such as crowded ports, cargo delays and disruptions in overseas manufacturing will heavily impact the holiday season, even as demand surges, the Adobe report says.

In fact, compared to the pre-COVID-19 pandemic period of January 2020, shoppers are receiving out-of-stock messages at an increase of 172%. That is staggering. And, of 18 categories of merchandise tracked by Adobe, apparel has the highest levels of being out of stock, followed by sporting goods, baby products and electronics.

All of this is driving consumer prices higher, and Adobe expects customers will pay on average 9% more during Cyber Week than they did during that time period last year. Discounts are also expected to be lower in the range of 5% to 25%, when historically discounts have been in the 10% to 30% range.

So the advice is to shop early to try to ensure product availability, and shop during Cyber Week when the biggest discounts should be available.

The other item that caught my eye last month was a report from medical lab Quest Diagnostics that revealed some data regarding drug use among software developers. While the sample size was large (Quest performed 10 million drug tests last year, mostly during the pre-employment phase), the way Quest categorizes workers made broad generalizations impossible. Workers were sorted by the largest revenue component of the company they work for. So, for instance, developers who work at Samsung would not be categorized as information technology but as retail or electronics, and there is no insight into job function within those industry categories.

That said, developers whose work often is driven by when their muses strike are notorious for ingesting high-caffeine drinks to help them through those long, often late, coding sessions. Add to that the enormous pressures developers are under in this DevOps/Cloud Native world to deliver applications better and faster. The data from Quest shows only a slight increase in the use of amphetamines in the information technology sector from 2016 to 2020, but only from 0.91% to 1.2%. While that represents a 31.9% increase, the overall number of positive test results in the information technology sector remains quite low — less than 2% of the entire testing cohort in that sector.

Marijuana — America’s newly legal (in many states) drug darling — also increased for the IT sector over the same time period, going from 2.3% to 2.7%. That’s an increase of 17.4%. Barry Sample, senior director of science and technology for the employer solutions business at Quest Diagnostics, noted that in all sectors, much of the increase in drug use can be attributed to marijuana use.

More telling is a February 2020 report from the American Addiction Centers that showed almost 1 in 10 IT workers are identified as problem drinkers, above the 7% average for all American adults. And, across the entire working class of America, more than 16% of employees have had problems with prescription drug abuse. And similar to alcohol numbers, painkillers substance abuse in the tech industry is higher than the overall average. With a rate of 19.53% of tech professionals abusing opioids, nearly one in five have an issue with pills like OxyContin, Vicodin, Xanax, and others.

The stories are in the data.