Report: Development teams slowed down and boosted productivity in 2020 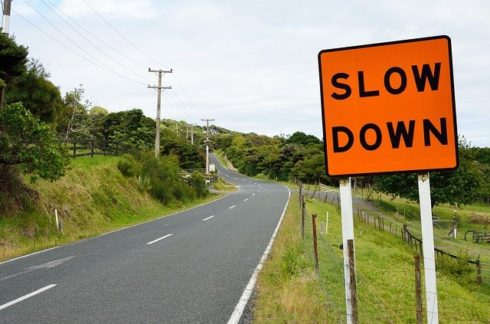 Developers took a step back from the industry’s obsession with speed, and focused more on quality this year, according to a newly released report. The 2020 State of Software Delivery survey from CircleCI showed that developers’ ability to “slow down” in 2020 resulted in a boost of productivity for businesses.

The survey looked at data from 11 million workflows on the CircleCI platform from over 160,000 projects across 44,000 organizations.

“As the world’s largest standalone CI provider, we have a unique opportunity to investigate what software delivery looks like quantitatively: across tens of thousands of teams, commit by commit. So, we looked to data from 11 million workflows on our platform to see how teams were building and deploying software in practice to answer this question once and for all: What does a high performing team really look like?,” said Jim Rose, CEO of CircleCI.

The results indicated that many development teams saw an increase in productivity at the start of the pandemic. According to the report, developers pushed more code during April 2020 than any other month this year, and also had the highest success rate.

CircleCI explained that when success rates increase, that’s an indicator that teams are stepping back from innovation and focusing on business-critical systems.

The company also found that developers moved slower and tested more this year, which resulted in fewer failures. Fewer failed builds led to an increase in overall velocity of organizations compared to 2019, CircleCI explained.

Globally distributed organizations also had a significant advantage, according to the survey. Half of all organizations were able to resolve failed builds in under an hour. Globally distributed companies were at an advantage because teams who were all located in one place working typical business hours might not resolve issues before leaving for the day, whereas global teams likely have processes in place to hand off work between teams.

CircleCI also revealed that DevOps is still not being utilized to its fullest potential at the majority of organizations surveyed. “Year after year, we hear in the industry that high performing teams are deploying dozens of times per day. While those stats make for great conference talks, our data doesn’t corroborate this metric. Fifty-percent of workflows in the data set were run less often than once per day, at 0.7 times per day,” CircleCI wrote in the report.

Finally, the survey provided concrete data on whether the Black Lives Matter movement and the subsequent push to change the default branch name of projects from “master” to “main” had any effect. There was a lot of media attention on this push, but the survey results indicate that most projects still use the old terminology as of the time of the survey.

CircleCI believes this likely due to the fact that changing a default branch in a repository has a big impact and requires a lot of effort in order to avoid breaking changes. The company also noted that GitHub has started to roll out a best practices guide for organizations who are interested in changing the branch name, and already all new projects on GitHub come with the “main” name by default now.