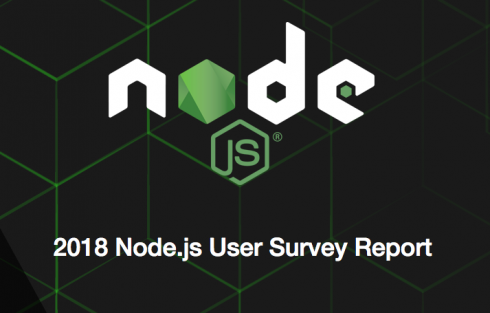 The community-led Node.js Foundation, which maintains and organizes development of the Node.js JavaScript runtime environment, released the findings of its Node.js User Survey Report today. According to the survey, containers and cloud-native applications are on the rise with 58 percent of surveyed developers using Node.js to develop for Kubernetes and Docker, up from 45 percent in 2016.

The worldwide survey of 1,600 Node.js users also found upticks in the number of developers using the framework in databases, front-end frameworks/libraries and Node.js frameworks, along with increases in the use of Angular 2 and Vue by Node.js developers.

While the survey found that the most common Node.js cloud deployments are to Amazon Web Services, which itself is growing in popularity, 33 percent of deployments are to on-premise infrastructure, though that is down from 39 percent in 2016. Deployments to other major cloud services, notably Heroku, Digital Ocean and Google Cloud Platform, also grew with Alibaba dominating cloud deployments from Chinese respondents.

“The Node.js 2018 User Survey shows consistent Node.js growth and interest in Node.js across regions, particularly in Latin America and EMEA,” said Mark Hinkle, Executive Director of the Node.js Foundation in the announcement. “ One of the most revealing findings in our new Node.js data is increased use of Docker, Kubernetes and GraphQL. For the first time, we also asked who is deploying to serverless frameworks from AWS, Google and Microsoft.”

Development of web and enterprise applications are still the primary application of Node.js, with full-stack developers reporting that 92 percent of them use it for web apps and 43 percent for enterprise.

“A hallmark of Node.js is how versatile and ubiquitous the platform, so each year we see new developers and operators around the world leverage the technology in new ways,” Hinkle said.