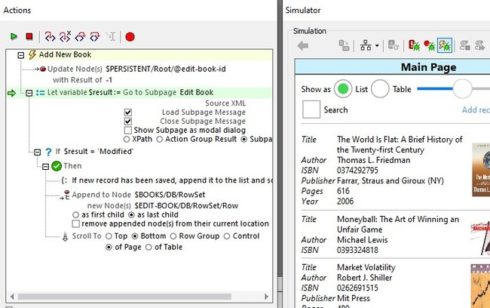 Altova announced the release of MobileTogether 7.0, a low code app development framework that introduced a new debugger for testing and troubleshooting app behavior during development in addition to numerous tools for defining controls, actions and UI refinements.

“Developers who are building highly sophisticated apps and solutions need the ability to troubleshoot throughout the development process to understand and debug app behavior on the fly,” said Alexander Falk, the president and CEO of Altova.

The new debugger in MobileTogether Designer offers developers full-featured debugging of both the execution flow of event handlers and operations, and the results of XPath/XQuery functions called during execution.

Auth0 announces $120M Series F funding
Authentication and authorization company Auth0 said it will use the funds to help fuel continued innovation and go-to-market expansion. This brings Auth0’s valuation to $1.92 billion and total capital raised to more than $330 million.

After growing 70% in 2019, Auth0’s rapid growth has continued through Q2 2020 despite the uncertainty of the current global economic environment, according to the company.

“Nearly every app and service relies on secure authentication and seamless user experience. Our year-over-year growth is reflective of the persistent problem that our technology is solving, and we are so proud to be part of our customers’ journey,” said Eugenio Pace, the CEO and co-founder of Auth0.

New enhancements also include K8SHIELD’s holistic view of the Kubernetes cluster risk level with dedicated mitigation suggestions for each attack pattern and synergy with the MITRE ATT&CK Framework.

NS1 lands $40 million in Series D funding
Managed and private DNS company NS1 said it will use the funds to accelerate innovation in modern application and access networking solutions that power the connected economy.

NS1 automates the deployment and delivery of the world’s most trafficked internet and enterprise applications. Its software-defined, next-generation application networking stack modernizes DNS, DHCP, and IPAM.

“With legacy internet and networking solutions under strain during the COVID-19 pandemic, NS1’s software-defined solutions provided the flexibility and scalability to keep its customers resilient and people connecting, streaming, innovating, and moving the world forward,” NS1 wrote in a post.