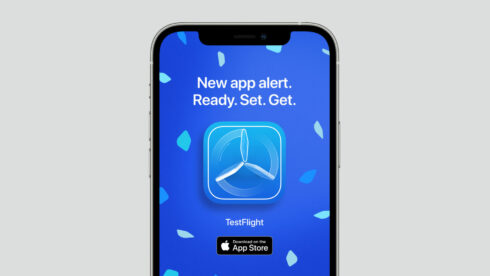 Apple announced that users can now easily create custom marketing assets such as banners and images to promote their apps on social media and more.

One just needs to select their app, choose a template, customize their design, and add preset messages in multiple languages.

The new App Store marketing tools can also be used to create short links or embeddable code that lead to their App Store product page and display an app icon, a QR code, or an App Store badge.

The permission auto-reset feature, which was introduced in Android 11, is now being expanded to billions of more devices starting in December 2021, according to Google.

This feature helps protect user privacy by automatically resetting an app’s runtime permissions, which are permissions that display a prompt to the user when requested if the app isn’t used for a few months.

If an app targets at least API level 30, and asks the user to disable permission auto-reset, then developers will need to make a few simple code changes.

The full list of changes that went through the Swift Evolution process for inclusion in Swift 5.5 is available here.

“We know that picking a great theme is as important as picking an office chair. Every developer has unique personalization preferences. We’ve been building capabilities for syncing your VS theme to your Windows theme, new ways to manage your tabs and documents, and color coding your workspace,” Grace Taylor, program manager at Microsoft wrote in a blog post. “Now, we’re working with community theme authors to test a new theme conversion tool so that Visual Studio can further fit your habits and preferences.”

The themes listed in the blog post are most compatible with Visual Studio 2022 Preview 4 and later, and the initial version of these converted themes works best with C# and C++.

Last week at the Apache Software Foundation saw the release of Apache PDFBox 3.0.0-alpha2, the open-source Java tool for working with PDF documents.

Two vulnerabilities were addressed in Any23 2.5 which included An XML external entity (XXE) injection vulnerability that exists in StreamUtils.java, and a Remote Code Execution (RCE) vulnerability exists in YAMLExtractor.java.

Full details on the latest from Apache are available here.