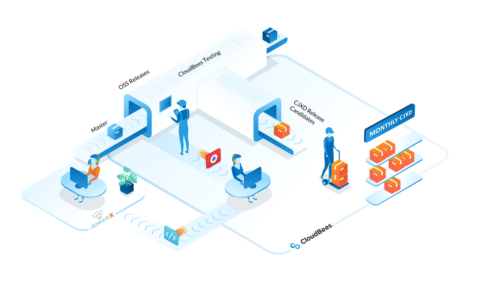 “With the CtF certification, CloudBees CI can be readily used by DoD agencies, as well as civilian agencies and federal system integrators (FSIs),” said Michael Wright, the director of the federal sector at CloudBees. “It provides all the benefits of CI in a Jenkins environment, and it meets rigorous government standards for security and compliance.”

CloudBees CI provides a hardened Docker container image which is placed in the Department of Defense Centralized Artifact Repository (DCAR), the storage repository maintained by the DoD.

MongoDB 4.4 beta and new solutions
MongoDB announced the beta release of MongoDB 4.4, which includes new features such as the ability to refine shard keys, as well as hedged reads for quicker responses, Rust and Swift drivers, and the ability to blend data from multiple collections.

“Today, alongside a new version of MongoDB and improvements to MongoDB Atlas, we’re announcing new products that go beyond the database and deliver a consistent experience for developers, wherever data resides,” MongoDB wrote in a post.

Additionally, X12 improves security for payloads it downloads on demand at install time through Web Media Blocks, which are now all securely code signed with Microsoft Authenticode technology.

It’s mostly useful for roles such as DevOps engineers, software developers and architects, and professionals focused on site reliability and quality assurance, according to the Linux Foundation.

“Upon completion, enrollees will have a solid understanding of the role that Jenkins plays in the software development lifecycle, how to install a Jenkins server, how to build software with it, how to manage third party integrations/plugins and how to scale and secure Jenkins,” the Linux Foundation wrote in a post.