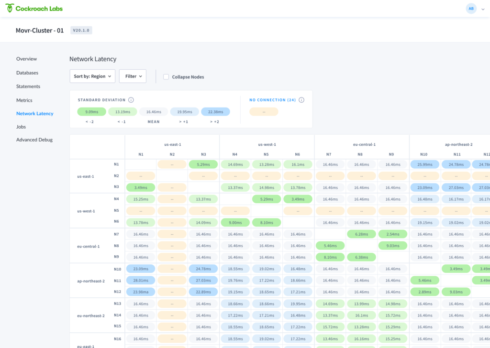 “CockroachDB 20.1 gives developers a database that works the way they work and takes away the operational headaches of scaling and recovering from outages. Our distributed nature already eliminates the need for manual sharding and complex schemes for failover, and makes multi-cloud deployment easy. This latest release makes the product usable by even more developers, improves monitoring, and simplifies changing the database to support changing applications.” said Spencer Kimball, the co-Founder and CEO of Cockroach Labs.

Projects will also have all of the open source language automation features on the ActiveState Platform, including integration with CI/CD tools, shared secrets, cross-platform scripting, automated dependency resolution and environment setup with a single command.

ScyllaDB announced the 4.0 release of its open source NoSQL database, which includes the ability to scale up to any number of cores, as well as the ability to stream data to 60TB meganodes, and use built-in schedulers, unified cache and self-tuning operations.

New capabilities in Scylla Open Source 4.0 also include Alternator, a DynamoDB-compatible API, use Lightweight Transactions, and the beta versions of Change Data Capture and Kubernetes Operator for Scylla.

The new dynamic documentation generation feature allows developers to focus on writing schema code instead of constantly changing documentation to always keep it up to date.

“The Code Security market very much looks like the Code Quality market 10 years ago, niche and very fragmented. At SonarSource we are committed to disrupting this market, building the best products and having those adopted by all developers and development teams,” said Olivier Gaudin, the CEO and co-founder of SonarSource.