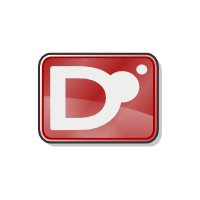 The latest release of the D programming language focuses on enhanced Objective-C support, adding the ability to declare Objective-C protocols, as well as improvements throughout the compiler, libraries, and tools, according to the developers behind the language in a post.

The DLang team fixed the issue in which deprecation messages reported the source deep within the library and now developers will get a template instantiation trace as is common when finding errors. Also, the compiler will now raise an error whenever there are multiple declarations with more than one definition.

The latest release includes the new D reference compiler (DMD) as well as the beta release of the LLVM-based D compiler.

“By applying these new rules, Sider’s automated code review generates suggestions of greater relevance and importance, lending itself to greater productivity for software development efforts,” Sider wrote in a post.

The coding guide will soon be applicable to more languages including Java, Ruby, JavaScript, and TypesScript with more to follow, according to Sider.

Two security issues were found in Apache Flink: CVE-2020-17518 and CVE-2020-17519 both result in a directory traversal attack and remote file writing through the REST API.