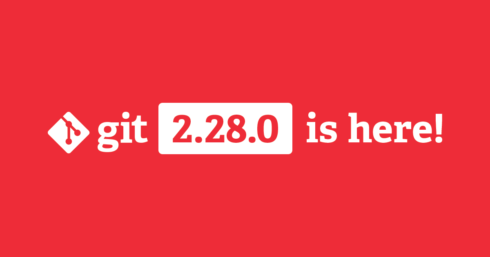 The latest update of Git is now available.The update brings a new ‘init.defaultBranch’ feature as well as changed-path Bloom filters, which are a huge boon for performance in lots of Git commands, according to the team.

Starting in Git 2.28, ‘git init’ will instead look at the value of ‘init.defaultBranch’ when creating the first branch in a new repository.

“Now you can manage Pod dependencies right in IntelliJ IDEA while enjoying the benefits it provides for working with code, such as code highlighting and completion. You can also build the whole Kotlin project with Gradle, without having to switch to Xcode. This means you only have to go to Xcode when you need to write Swift/Objective-C code or run your application on a simulator or device,” JetBrains wrote in a blog post.

Members of the global partner network can grow their business with innovative solutions, industry-leading capabilities, and expanded geographical coverage, according to Digital.ai in a post.

Android Motion Editor
Android released a set of APIs with Motion Layout and a Motion Editor to make it easier to create and preview animations.

The Motion Editor is an extension of Android Studio’s layout editor, and automatically opens when you select the Design or Split view on an XML file containing a MotionLayout.

“From there, you can edit your layout and Motion Scene files using the familiar interactive tools of the Layout Editor as well as preview your animations right from the Android Studio preview pane,” Android wrote in a blog post.

Next.js also offers Webpack 5 support in beta to optionally opt-into the next version of webpack 5 for improved build size and speed.