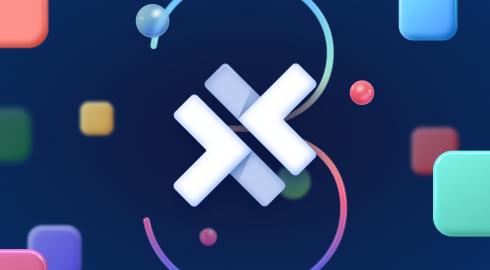 The solution was first introduced in 2019 as an alternative for developers using Apache Cordova and PhoneGap. Key updates include: reduced app bundle sizes, a more modular design, support for latest iOS and Android platform versions, a new run command, and expanded investment into the community.

“Capacitor 3 is more than just the “next version” of Capacitor,” said Max Lynch, CEO and co-founder of Ionic. “It’s become the standard for web developers building mobile apps. These new capabilities represent a major evolution in mobile app development and are a testament to Ionic’s commitment to making mobile development just as good as web development, and that’s exactly what Capacitor enables.”

The new security architecture aims to protect users from malicious sites and attacks. It is designed to separate web content and load sites in their own operating system process.

“This new security architecture allows Firefox to completely separate code originating from different sites and, in turn, defend against malicious sites trying to access sensitive information from other sites you are visiting,” Anny Gakhokidze, a software engineer at Mozilla, wrote in a post.

The architecture is currently being tested on desktop browsers Nightly and Beta. The company plans to roll out to more desktop users soon.

The latest version of the Elixir programming language features improvements to scripting, better Erland/OTP 24 integration, stepped rangers and new functions in the standard library. According to the team, this is a small release and continues their tradition of delivering improvements every six months.

TruSTAR is a cloud-native security company that provides a data-centric intelligence platform. According to Splunk, the acquisition will help it provide one of the most comprehensive security solutions in the cloud as well as expand its existing security capabilities.

“In today’s data age, integrated and automated intelligence is critical to accelerate detection, streamline response and increase cyber resilience. TruSTAR’s cloud-native solution centralizes threat data from a wide array of sources so it can be seamlessly integrated into Security Analytics and SOAR workflows to provide more autonomous, higher efficacy security operations,” said Sendur Sellakumar, SVP of cloud and CPO of Splunk. “We’re excited to bring TruSTAR’s visionary, data-centric platform into our security offerings as Splunk continues to deliver best in class security capabilities for our customers.”

The application security company is now a silver member of the Cloud Native Computing Foundation (CNCF) and Linux Foundation. The company helps to support and educate the industry on cloud-native architecture risks and benefits.

“We are proud to announce that Contrast has joined as a member of the CNCF and Linux Foundation to help drive industry change,” said Surag Patel, chief strategy officer at Contrast Security. “Many of the core foundations of this community to accelerate digital transformation, such as APIs, Kubernetes, serverless functions, Cloud Native architecture, and open source code, bring along with them exponentially increasing risk. Contrast was founded to enable enterprises to leverage all of these modern approaches while eliminating the risk they bring without slowing down digital transformation. We will bring a unique understanding of the market along with a differentiated capability around security observability that we believe will benefit the community.”