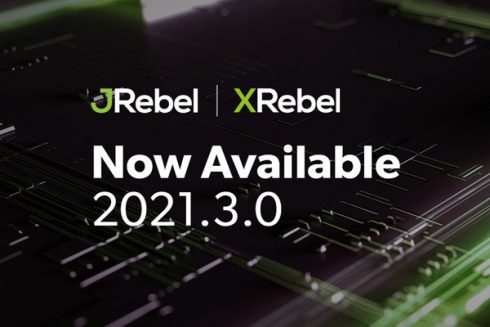 Vaadin 20.0 has support for Gradle as well as Spring Security helpers and the latest SpringBoot versions allow JRebel users to be able to freely update their applications to the latest technologies available.

Also, the XRebel 2021.3.0 release adds support for Java 16 and MongoDB 4. The applications running on Java 16 will be able to see a full breakdown of all the time spent making each request and each DB query called by your application.

Support for MongoDB 4 requests means that users will be able to see the number of calls being made, how long each one of them took and how they are impacting the performance of an application.

The addition of Ampool to HPE Ezmeral will play a role in accelerating the HPE Ezmeral analytics runtime for interactive SQL workloads to improve the quality, repeatability, throughput, and time to value for customers’ AI/ML, analytics and data-intensive workloads.

The security vulnerabilities that it addresses included one in which a malicious FTP server can use the PASV response to trick Net::FTP into connecting back to a given IP address and port.

In another, Net::IMAP did not raise an exception when StartTLS fails with an unknown response. This could potentially allow man-in-the-middle attackers to bypass the TLS protections.

The last vulnerability was one in which RDoc could be exploited to run arbitrary command execution.

CodeBoxx announced that it secured $2 million in seed funding to help retail and other companies to address the shortage of skilled tech talent, bringing the company’s total value to $22 million.

The company was founded with the mission to create a 16-week full-time training program that focuses on the development of the technical and soft skills required of developers today.

The company will launch its first in-person US cohorts at its Tampa Bay–St. Petersburg location and at its Philadelphia campus this year. The company plans to expand into the NY/NJ/CT tri-state area in 2022.