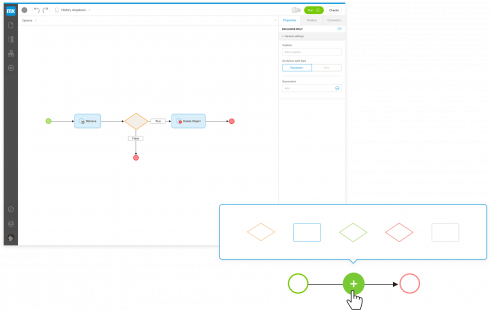 Low-code and no-code tool provider Mendix introduced Mendix Studio: an IDE called Studio Pro, and Mendix Assist: an AI tool for building low-code apps, all included in the Summer 2019 release of the platform.

The company explained that the new release was designed to greatly expand the number of people who can fully participate in software creation, increase the speed of development, include proper IT governance and guardrails in an IDE, and it will expand the types of applications that can be delivered. This includes apps for native mobile, conversational apps chatbots, augmented and virtual reality and wearables.

“The new capabilities of Summer ’19 Release are targeted at eliminating the tremendous pressure on today’s IT departments who lack the staff, time, and resources to deliver a growing backlog of digital solutions for business-critical needs. Mendix closes this gap by empowering nontechnical business experts with accessible entry points to develop applications for the enterprise,” Mendix stated in a post.

ActiveState explained that for organizations that still have Python 2 deployments “the safety net of a commercial support provider can help reduce risk and save developer time.”

The offering includes support for both the Python 2 core language and standard libraries as well as third party open-source packages, libraries and modules. It also has backported security fixes implemented in Python 3 core language code and third-party packages and resolution of Python 2 specific issues.

According to a post by the companies, Tidelift provides recurring income to Ruby Together to pay the maintainers of vital projects some of which include Bundler: the gem installer used in the Ruby community, and RubyGems.org: a service that has provided billions of gem downloads to the entire Ruby community.

“Providing a consistent revenue stream to the experts behind Ruby software will help keep the code secure and well maintained, enabling businesses to build with it confidently,” said Donald Fischer, CEO and co-founder of Tidelift.

“These DevOps integrations maximize efficiency by bringing data into Mattermost, making information easier to find and act on,” Mattermost wrote.