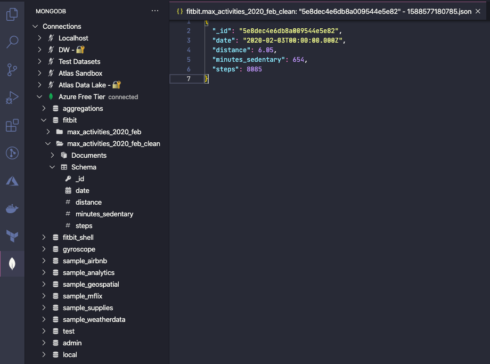 MongoDB wants to help make developers more productive with the release of MongoDB for VS Code. The solution enables developers to quickly connect to MongoDB and MongoDB Atlas and work with their data to build applications right inside their code editor.

Users can connect to a MongoDB or Atlas cluster, create MongoDB Playgrounds, and quickly access the MongoDB Shell, the company explained.

MongoDB for VS Code is open-source under the Apache 2 license. Additional details are available here.

Rust celebrates 5 years
Rust reached its 5 year milestone and the team reflected on all of the major changes that the language  went through since 2015.

“We’ve highlighted a couple of examples that best showcase just how much we’ve improved showing users where they made mistakes and importantly help them understand why it doesn’t work and teach them how they can fix it,” the Rust developers said.

Rust can be built to run anywhere in the stack, whether as the kernel for an  operating system or for web apps.

The full timeline of changes is available here.

“We are delighted to extend our partnership with Access and a16z and see this capital as adding strength to our balance sheet enabling us to better serve our customers’ demand for our platform, especially during COVID-19 where we are seeing an acceleration of businesses transitioning to the cloud,” said Yancey Spruill, CEO at DigitalOcean.

DigitalOcean is focusing on accelerating revenue growth, transitioning to free cash flow profitability, and positioning itself to become a public company.

CloudXR is built on NVIDIA RTX GPUs and the CloudXR SDK to allow streaming of experiences from the data center, cloud or at the edge.