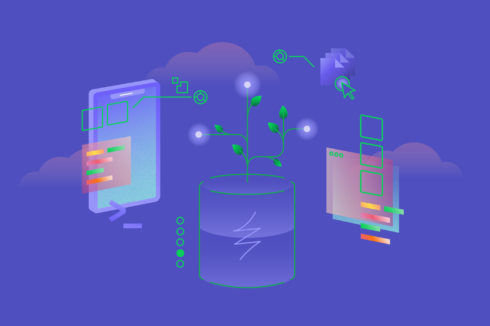 MongoDB has announced a new fully managed service that syncs data between the modern Realm mobile database and MongoDB Atlas, which allows organizations to quickly build responsive applications for their customers and remote workforces.

“For developers who aspire to build these best-in-class experiences on mobile, Realm Sync can be transformative in reducing the amount of time to get these apps in the hands of users. Building on the strong foundations of the Realm mobile database and MongoDB Atlas, Realm Sync simplifies the development of mission-critical mobile applications with global reach,” said Sahir Azam, the chief product officer at MongoDB.

Realm Sync utilizes bidirectional data sync between devices and the multi-cloud database MongoDB Atlas and the Realm mobile database allows end users to read and write data to their devices with zero-latency data retrieval and offline application functionality, according to the company.

AutonomoIQ focuses on users such as citizen developers, manual testers, product managers, and business analysts who lack the coding expertise required to write test scripts as well as for the growing number of smaller and less complex business applications which don’t need the full power of scripted test frameworks.

“The planned acquisition of AutonomIQ lowers the barrier to entry for Sauce Labs users lacking background or proficiency in the coding of automated test scripts, while also providing additional value to traditional Sauce Labs users who, while proficient with scripted frameworks, are nonetheless responsible for many test cases where simple, easy-to-use scriptless automation can save them time and help them be more productive,” said John Kelly, the CTO of Sauce Labs.

Developers can draw from the curated components safely without the risk of security or licensing issues, organizations can enforce standards earlier in the development lifecycle, and the Tidelift Subscription integrates with existing source code and repository management tools.

“As software supply chain security makes front page news in 2021, it is more important than ever that application development teams employ a comprehensive approach to managing the open source components that make up their applications,” said Donald Fischer, the CEO and co-founder of Tidelift. “With the addition of catalogs to the Tidelift Subscription, organizations can be confident that they are using open source safely without slowing down development.”

It provides custom-built ML models for each company and is augmented with enterprise-grade security and completions that tailor to the company’s coding style, according to the company.

“By reimagining the Kite completions engine for the enterprise, we built a solution that is nimble enough to provide value to teams of just a few developers and robust enough to support thousands of simultaneous users. Our new enterprise-grade application architecture satisfies the most rigorous IT and security requirements,” said Adam Smith, the founder of Kite.