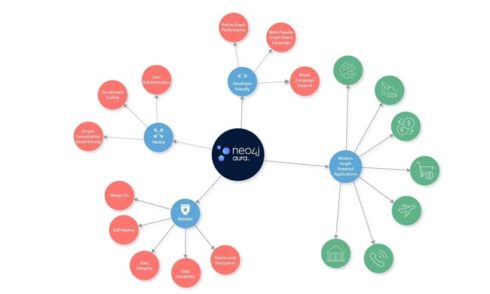 According to the company, it requires no administration, and features simple pricing, always-on availability, on-demand scaling, guaranteed data durability, built in authentication and end-to-end data encryption.

“We wanted to address the practical concerns of individual developers and small to mid-size businesses, making graph technology accessible to all. Instead of worrying about operating a database, practitioners can focus on innovating. We’ve just made it simple for anybody to get started with a graph database,” said Emil Eifrem, CEO and co-founder of Neo4j.

Applause announces new solution for AI training and testing
Applause announced a solution that detects bias and sources training data at scale to help developers identify issues of quality or bias earlier in the development cycle.

“Users want AI to be more natural, more human. Applause’s crowdsourced approach delivers what AI has been missing: a diverse and large collection of real human interactions prior to release,” said Kristin Simonini, VP of product at Applause. “Not only will this improve AI experiences for consumers everywhere, the breadth of the community also has the potential to mitigate bias concerns and make AI more representative of the real world.”

“Translation is a critical function for many industries, whether it’s a media organization delivering the news or a software company making sure its documentation is understood in many different languages. As a result, many businesses are using machine learning to help them translate faster and more efficiently than ever,” Google Cloud wrote in a blog post.

New capabilities include Lightweight Transactions, Change Data Capture (CDC) and an Incremental Compaction Strategy that reduces storage costs as much as 40%, according to the company.

It also includes a DynamoDB-compatible API for Scylla Cloud that allows applications written for DynamoDB to run on Scylla Cloud without any code changes.

The full details on the new solution are available here.