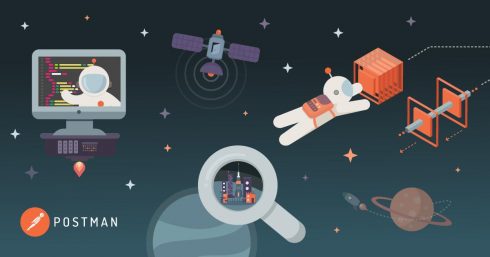 “With our latest release, we’re making APIs front and center. Now you can link all of your API elements (test, environments, mocks, documentation, and monitors) to an overarching API and view them all in one place. Your API itself is your single, central source of truth,” said Abhinav Asthana, the CEO and founder of Postman.

Auth0 secures funding for its identity as a service
Auth0, provider of Identity-as-a-service (IDaaS), secured $103 million in Series E funding, bringing the total funding of the company to more than $210 million. The Series E funding was led by Sapphire Ventures.

“Businesses cannot afford a data breach, and this investment is a key indicator that identity management is an industry worth investing in,” said Eugenio Pace, the CEO and co-founder of Auth0.

Stack Overflow breach update
Stack Overflow experienced a breach between May 5-11 and an ongoing investigation found that the hacker gained privileged web requests that affected about 250 public network users, according to the company.

The breach was discovered when the intruder granted themselves a privileged access on production, upon which the company terminated the unauthorized access and conducted an audit of all logs and databases that it maintains.

Stack Overflow stated that the affected users will be notified.

Using a cluster of 64 NVIDIA Tesla V100 GPUs, with the cuDNN-accelerated TensorFlow deep learning framework, the researchers trained a robot to perform two tasks: placing a peg in a hole and opening a drawer.

“In robotics, you generally want to train things in simulation because you can cover a wide spectrum of scenarios that are difficult to get data for in the real world,” said Ankur Handa, one of the lead researchers on the project. “The idea behind this work is to train the robot to do something in the simulator that would be tedious, and time-consuming in real life.”

MuleSoft is also by extending MuleSoft Catalyst with Catalyst Mobilize, a packaged set of proven best practices and methodologies, according to the company.