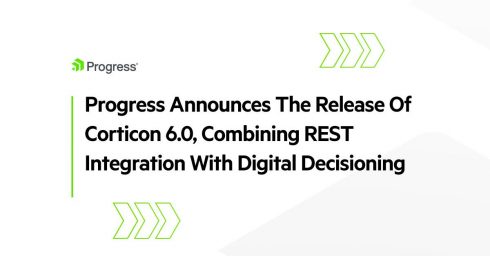 “Organizations are driving harder than ever for increased effectiveness and agility in business operations. The ease with which you can capture, change and optimize the rules that run your business either promotes or inhibits the agility of your organization. It also impacts the consistency, quality and speed of your decisions – which goes straight to your bottom line,” said John Ainsworth, SVP of core products for Progress.

Android Q one step closer to official release
Google has announced Android Q beta 5 is launching this week. According to Google’s VP of engineering Dave Burke, the system behaviors in this release should be very close to the ones developers will see in the final release. Developer APIs have already been finalized.

The latest results of MLPerf Training v0.6 now available
The MLPerf training effort is releasing the second round of results from its machine learning training performance benchmark. The benchmarks are used to measure AI applications’ system performance and power efficiency. According to the effort, it can measure “the time it takes to train one of six machine learning models to a standard quality target in tasks including image classification, object detection, translation, and playing Go.”

This release improve upon v0.5 with improved quality targets for image classification, ability to use the LARS optimizer, and improves the MiniGo benchmark.

According to the results, AI tools from Google and NVIDIA are quickly improving. The full results are available here.