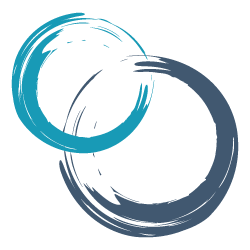 Scrum.org has announced updates to the Scrum Framework as it celebrates its 25th anniversary. Updates include simplified language, less prescriptive and emphasis on the Scrum team and its need to be self-managing.

“Over the years, the Scrum Guide started getting a bit more prescriptive, yet our goal has always been to retain it as a framework and not a methodology. The 2020 version aims to bring Scrum back to its roots, being a minimally sufficient framework,” said Ken Schwaber, co-creator of the Scrum Framework. “We have also placed an emphasis on eliminating redundant and complex language and focusing on the Team which is required to build trust and uphold the Scrum Values.”

The changes also eliminate the concept of a separate team within a team, as previous versions had the development team within the Scrum team.

“Using expressions, we can write once, let Aerospike do its magic, and reduce much of the application layer complexity of writing to multiple data centers. There’s also a new opportunity to build database clusters with GDPR compliance in mind, while still maintaining very fast writes across countries,” Aerospike wrote in a post.

DataStax released K8ssandra, a Kubernetes Helm chart that deploys all things Cassandra
The new distribution brings together everything needed to deploy open-source Apache Cassandra on Kubernetes in one place.

“Bringing Cassandra to Kubernetes means having an automated open source distributed datastore that SREs appreciate,” said Sam Ramji, the chief strategy officer at DataStax. “K8ssandra lets you scale data elastically and observe it with Prometheus and Grafana. It’s a distribution of known-good components that work well together on Kubernetes, and it’s a place for SREs to share operational wisdom.”

WinUI 3: Preview 3 released
Some highlights in the  new release include ARM64 support, the ability to drag and drop inside and outside of apps, RenderTargetBitmap with only XAML content for now and SwapChainPanel content will be captured later, as well as improvements to the tooling and developer experience.

“These changes continue to advance the capabilities of WinUI 3 for supporting heavy-duty, complex apps,” Microsoft wrote in a blog post.

Preview 3 has a similar installation and setup process to Preview 2, but requires an updated version of Visual Studio (16.9), which will automatically download the latest .NET 5 as well.

If an app has multiple features that use background location, developers should choose the one that provides the most user benefit. Developers must also include a short video that shows how users will encounter the location-based feature and enable it in-app.

The full details on the approval process are available here.