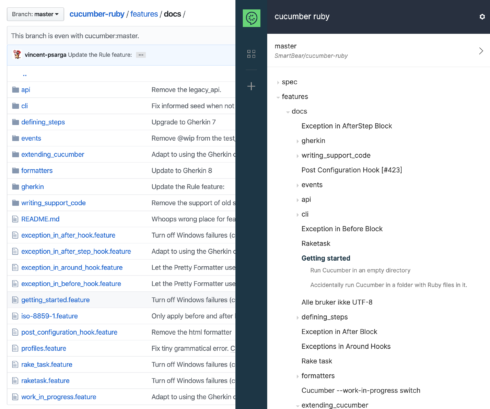 SmartBear released a new behavior-driven development (BDD) solution CucumberStudio. It is designed to bridge the gaps between business, development and testing through Git integration and living documentation.

According to the company, CucumberStudio merges Cucumber with HipTest, which SmartBear acquired in 2018, representing an investment in a solution that supports all aspects of behavior-driven development (BDD).

“With our unlimited monitoring, companies can detect API flaws early and diagnose API flaws quickly. You can schedule API monitoring on our platform without a CI (continuous integration) platform. We also let our customers deploy monitors on-premises, keeping all test and monitor data behind the firewall,” said Patrick Poulin, the CEO and co-founder of API Fortress.

The full details on the new license are available here.

The depth map is created by taking multiple images from different angles and comparing them as you move your phone to estimate the distance to every pixel, according to Google in a post.

“The Depth API is not dependent on specialized cameras and sensors, and it will only get better as hardware improves. We’ve only begun to scratch the surface of what’s possible with the Depth API and we want to see how you will innovate with this feature,” Google wrote.

Key features for Qt for MCUs 1.0 include the ability to fit into an MCU’s internal memory, no need for RTOS, the ability to reuse competencies and UI assets between Qt Quick Ultralite and Qt Quick.

“Our vision is to give customers across industries the platforms and toolkits they need to build powerful, smart, user-friendly applications – without being constrained by the types of target devices they can support,” said Petteri Holländer, the SVP of product management at the Qt Company.