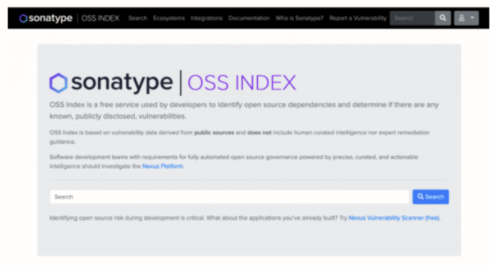 According to the company, the Sonatype OSS Index aggregates data from CVE entries, a growing list of public vulnerability sources, and community contributions.

“In a recent Tidelift survey, 58% of the respondents cited ‘identifying and resolving open source security vulnerabilities’ as a key issue,” said Matt Rollender, the head of partnerships at Tidelift. “Giving our customers access to Sonatype’s OSS Index vulnerability data through the Tidelift Subscription directly addresses a key pain point for our growing client base.”

MFC Wizards now supports Typelib and ActiveX
MFC ActiveX Wizard creates an ActiveX control and the application hosting the ActiveX control is the automation client of that control.

Meanwhile with MFC Typelib Wizard, developers can create an MFC class from an interface in an available type library as well as add an  MFC class to an MFC application, an MFC DLL, or an MFC ActiveX control.

Compute@Edge’s enhanced tooling empowers developers to architect for unprecedented levels of internet traffic and heightened expectations around digital experiences, while keeping performance, efficiency, and security at the forefront, according to Fastly.

“As the technology behind Compute@Edge nullifies cold starts and cybersecurity threats other serverless offerings often face, serverless now also means better performance and security. We’re incredibly humbled to see the industry-leading use cases our customers are building for things like low latency live streaming, real-time security authentication, microservice migration, content stitching, and more,” said Tyler McMullen, the CTO of Fastly. “This latest progress with Compute@Edge elevates the flexibility and speed engineering teams are relying on to meet the moment.”

Some of the benefits of the SCA include simplifying the discovery and adoption of New Relic One by AWS customers and consolidated purchasing and billing through AWS Marketplace. The companies also said they will engage in co-marketing and co-selling programs built around incentives and accelerators.

“Our vision for this strategic collaboration is to expand New Relic’s reach, making it just as easy and seamless for developers to purchase New Relic through AWS, as it is for consumers to buy goods from third-party sellers on Amazon.com,” said Lew Cirne, the CEO and founder of New Relic.