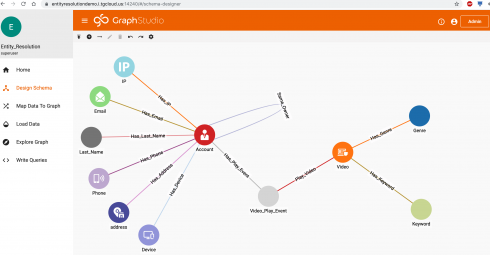 TigerGraph announced the launch of TigerGraph Cloud, a native graph database as a service as well as $32 million in Series B funding.

According to the company, the ability for organizations to design their own solutions for graph-based data analysis has been limited to data scientists, developers and architects, and the new solution aims to make it easier for Agile teams to use those capabilities.

“In just five minutes and by following three easy steps, TigerGraph Cloud users can get started configuring a graph-based solution. They can build a complete proof of concept in mere hours from one of more than 12 TigerGraph Starter Kits that cover real-world use cases such as customer 360, fraud detection, personalized real-time recommendation, hub or influencer computation, and supply chain analysis, that are often the basis for artificial intelligence and machine learning applications,” TigerGraph wrote in a post.

“Being a part of Google Play Pass’s curated collection of apps and games can help you attract new users who may not have discovered your titles on their own. And the more value subscribers find in your title, the more revenue you’ll earn on a recurring basis,” Google wrote in a post.

Play Pass is currently invitation-only, according to Google, though the company said it will regularly be inviting more developers to participate

The full details about the new subscription are available here.

The full list of new features can be found here.

Cycode raises $4.6 million for source code control, detection and response
Enterprise security startup Cycode announced that it raised $4.6 million in seed funding that it plans to use for its patent-pending Source Path Intelligence engine to protect source code from theft, leakage and manipulation.

The full details of the new solution are available here.