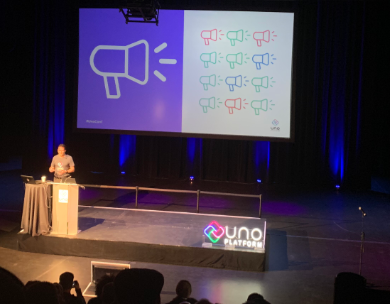 Uno announced version 2.0 of its open-source platform and a new integration with Xamarin Forms that enables developers to extend existing Xamarin Forms apps to the Web via WebAssembly and Mono.

“With the Uno Platform support for Xamarin Forms, enterprises using Xamarin Forms-powered apps gain seamless bridge for their apps to the Web without wasting investments already made in Xamarin Forms,” Uno wrote in a post.

Syncfusion also announced support for the Uno Platform and introduced preview versions of its UWP DataGrid, Charts and Scheduler controls to bring enterprise-level data visualization to developers on Uno Platform.

Other Uno Platform 2.0 features include “Hot Reload,” which enables developers to make changes to app XAML UI and see them reflected live and UI testing for Uno Platform-built apps.

LLVM 9.0.0 now available
LLVM 9.0.0, the latest update to the compiler infrastructure project that is a collection of modular and reusable compiler and toolchain technologies, has been released.

The updated version includes support for asm goto, which enables the mainline Linux kernel for x86_64 to build with Clang; a default RISCV-V target; and experimental support for C++ for OpenCL. The new release also includes many bug fixes, optimizations and diagnostics improvements.

npm announces rate limiting for the public registry
Npm said it will enforce rate limiting on large commercial enterprises with which it can not reach an agreement to resolve excessive use.

These few large commercial enterprises make tens to hundreds of millions of registry requests per month, which the registry finds is “well outside any reasonable scope of acceptable use.”

Now, up to 5 million requests to the registry per month are considered acceptable, and npm will reach out to companies to try to stay within that threshold, otherwise a rate limit will be imposed on them. Npm said the vast majority of users will not be affected by the change.

“This is a great course for developers to learn how to develop for Hyperledger Sawtooth and simultaneously learn a simplified supply chain use case. With this course as a basis, developers will be ready to explore on their own deeper into Sawtooth application development or using the supply chain concepts branch out into Hyperledger Grid,” said Dan Middleton, head of technology for Intel’s blockchain and distributed ledger program and Hyperledger Sawtooth project maintainer.

The details on the course are available here.