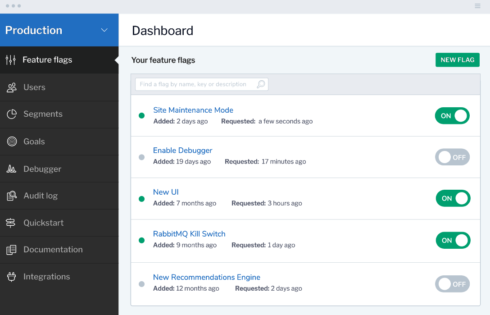 Feature management company LaunchDarkly has announced that it is adding flag triggers through new integrations with Honeycomb and Datadog.

Flag triggers are one-step automations that can be triggered after a specific alert goes off or a performance metric is met. They work by sending webhooks to a URL. This allows them to be turned on and off from any tool that fires a webhook, like a CI or APM tool.

According to LaunchDarkly, a benefit of feature flagging is that developers can disable features that are negatively impacting users or systems. They also can be used to smoothly advance a rollout when everything is going as planned.

In addition to the integration with Honeycomb and Datadog, developers can create generic webhooks triggers that can be invoked from other systems or tools.

Speed, security and reliability are now one