Sir Tim Berners-Lee officially launches the Contract for the Web 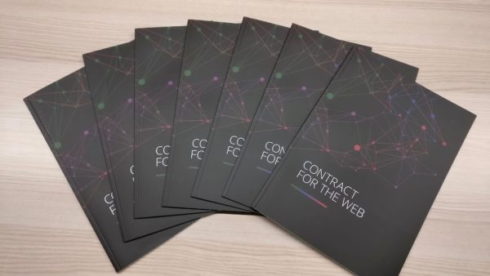 The Contract for the Web is officially coming to life. The contract was created by web inventor Sir Tim Berners-Lee as a global plan of action to make the online world safer and accessible by anyone.

“The power of the web to transform people’s lives, enrich society and reduce inequality is one of the defining opportunities of our time. But if we don’t act now — and act together — to prevent the web being misused by those who want to exploit, divide and undermine, we are at risk of squandering that potential,” Berners-Lee said in a blog post.

Berners-Lee first announced plans to create a contract that protects the web last year. The first draft of the contract was released in July of this year.

A core facet of the Contract for the Web is that users must be able to control their lives online by making choices to protect their data and privacy.

In its 76 clauses, the contract states that governments and companies should ensure everyone can connect to the Internet; keep all of the Internet available, affordable and accessible all of the time; and respect and protect people’s fundamental online privacy and data rights.

The contract also states that governments must make connectivity affordable and accessible to everyone.

Led by Berners-Lee’s World Wide Web Foundation, the contract has the backing of more than 160 organizations, including Microsoft, Google and Facebook  Thousands of individuals, hundreds of organisations and the governments of Germany, France and Ghana all signed up to the Contract’s founding principles, according to a website created for the initiative.

“The launch of the Contract is just the beginning of our fight for the web we want. But it is a critical milestone. In an era of fear about technology and the future, we must celebrate vehicles for change and a hopeful future,” the website states.