Zeichick’s Take: Once upon a midnight dreary, while I struggled with jQuery 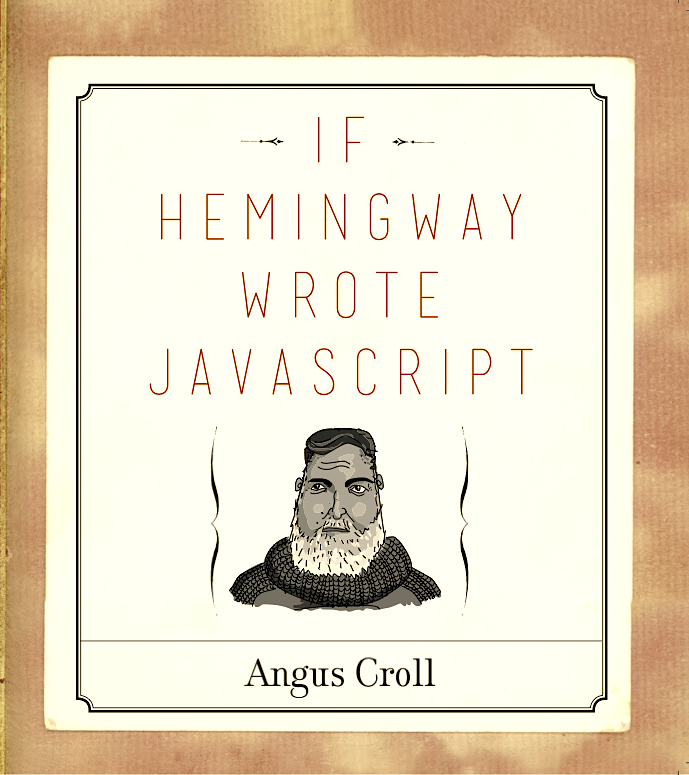 SEYTON
The tests, my lord, have failed.

MACBETH
I should have used a promise;
There would have been an object ready made.
Tomorrow, and tomorrow, and tomorrow,
Loops o’er this petty code in endless mire,
To the last iteration of recorded time;
And all our tests have long since found
Their way to dusty death. Shout, shout, brief handle!
Thine’s but a ghoulish shadow, an empty layer
That waits in vain to play upon this stage;
And then is lost, ignored. Yours is a tale
Told by an idiot, full of orphaned logic
Signifying nothing.

Those are a few words from a delightful new book, “If Hemingway Wrote JavaScript,” by Angus Croll. For example, the nugget above is “Macbeth’s Last Callback, after a soliloquy from Macbeth from William Shakespeare.”

Literary gems and nifty algorithms abide in this code-dripping 200-page tome from No Starch Press. Croll, a member of the UI framework team at Twitter, has been writing about famous authors writing JavaScript since 2012, and now has collected and expanded the entries into a book that will be amusing to read or gift this holiday season. (He also has a serious technical blog about JavaScript, but where’s the fun in that?)

Read and wonder as you see how Dan Brown, author of “The Da Vinci Code,” would code a Fibonacci sequence generator. How Jack Kerouac would calculate factorials. How J.D. Salinger and Tupac Shakur would determine if numbers are happy or inconsolable. How Dylan Thomas would muse on refactoring. How Douglas Adams of “Hitchhiker’s Guide to the Galaxy” fame would generate prime numbers. How Walt Whitman would perform acceptance tests. How J.K. Rowling would program a routine called mumbleMore. How Edgar Allen Poe would describe a commonplace programming task:

Once upon a midnight dreary, while I struggled with JQuery,
Sighing softly, weak and weary, troubled by my daunting chore,
While I grappled with weak mapping, suddenly a function wrapping
Formed a closure, gently trapping objects that had gone before.

Twenty-five famous authors, lots of JavaScript, lots of prose and poetry. What’s not to like? Put “If Hemingway Wrote JavaScript” on your shopping list.

Let’s move from JavaScript to C, or specifically the 7th Underhanded C Contest. If you are a brilliantly bad C programmer, you might win a US$200 gift certificate to popular online store ThinkGeek. The organizer, Prof. Scott Craver of Binghamton University in New York, explains: