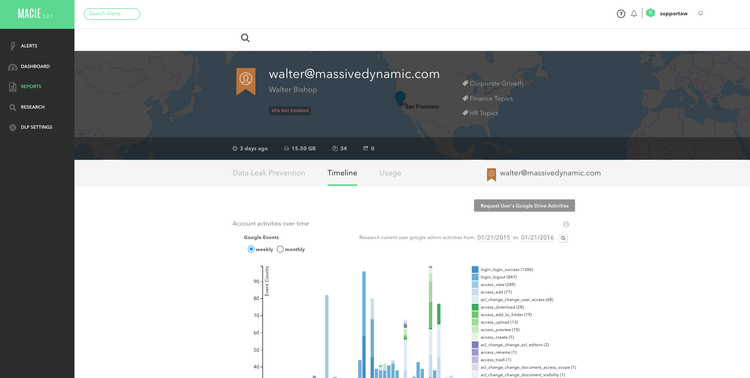 Amazon has acquired Harvest.ai, a San Diego startup, for US$20 million, according to Business Insider.

Harvest.ai has developed technologies that can help find and stop targeted attacks on data, according to Business Insider. With the help of machine learning, the company can learn and detect when an unauthorized person is attempting to gain access to or steal important company documents from company servers. According to the report, the 12 people who work for Harvest.ai will move to Amazon’s headquarters in Seattle.

The January release candidate is ready for developers to try here.

According to the report, the market that includes virtualization, containers, private PaaS, and automation or management software is estimated to be worth US$23.1 billion in 2017, and it will grow at a 15% CAGR to $39.6 billion by the end of 2020.

“Two things stand out from our market sizing and research on containers: the breadth and diversity of vendors basing their offerings on containers or integrating and partnering to better support containers in their products, and the speed at which the container software and market are maturing based on production, use and revenue growth,” said Greg Zwakman, vice president of market and competitive intelligence at 451 Research.

The goal of the Go-Pipeline is to help people build data pipelines, wrote founders of WhiskyBadger.io Steven Bogacz and Michael Robinson. “The real utility of the pipeline actually comes in when you’re dealing with a multiplicity of streaming data that needs varying degrees of preprocessing before coalescing into similar outputs. Its upside isn’t in performance, or safety, but in legibility,” they wrote in a blog post.

New artificial intelligence research fund announced
The Knight Foundation, Omidyar Network, LinkedIn’s founder and more want to start researching artificial intelligence more thoroughly, as it pertains to the public’s interest. A new US$27 million fund has been formed to apply the humanities, social sciences and other disciplines to AI, as well as to support a cross-section of AI ethics, government projects and activities.

“There’s an urgency to ensure that AI benefits society and minimizes harm,” said Reid Hoffman, founder of LinkedIn and partner at venture capital firm Greylock Partners. “AI decision-making can influence many aspects of our world—education, transportation, healthcare, criminal justice, and the economy—yet data and code behind those decisions can be largely invisible.”

Cloud Elements enables developers to unify all the APIs they work with, whether they are from cloud services, connected things or enterprise apps.

“Over the past few years, the industry has witnessed exponential growth in public and private APIs,” said Mark Geene, cofounder and CEO of Cloud Elements. “Businesses now rely on APIs as a critical component of daily operations, and the number of APIs needed per business will only continue to rise, leading to higher costs and delays for go-to-market strategies, customer programs and more. Our vision for the next generation of digital business is to unify the world of APIs in such a way that makes it easy for businesses to quickly and seamlessly integrate applications of any kind at a much lower cost—something that has only been a daydream of developers until now.”