ActiveState has made a business out of providing professional-grade tools for dynamic languages. Today, the company released version 6.0 of the Komodo IDE. The new edition includes support for recently updated languages like Perl, Python and Ruby, and also adds a new database explorer to help developers make sense of their informational plumbing.

Jeff Hobbs, director of engineering at ActiveState, said that Komodo IDE 6.0 received a major speed enhancement thanks to an update to its underlying framework. Komodo is based on the Mozilla application framework, which was updated recently to improve performance and response times. As a result, Komodo IDE 6.0 benefits from these enhancements.

But speed isn’t the only upgrade to Komodo IDE 6.0. The IDE now supports Python 3.0, which Hobbs said required some real engineering.

“It has to understand whether you’re using Python 2 or Python 3 in the back end,” he said. “It will ask you which you’re using. It generally knows in the interpreter by your choosing. When you say, ‘I want to debug now,’ it’ll choose the first Python in the path, but it allows you to specify paths to both Python 2 and Python 3, because they are different and the syntax checking has to be different as a result.”

Komodo IDE 6.0 is the commercial version of Komodo. It costs US$295 for a full version, and $145 for an upgrade from previous versions. Komodo Edit 6.0 is the free version of the IDE and is also available today.

Komodo Edit, a slimmed-down version of Komodo IDE, is without SCM integration, debugging tools and the database explorer.

Developers dealing with lots of files in their development processes will also want to take a look at Komodo’s new file management tools. “Basically, the project management and file management systems have been completely rewritten,” said Hobbs.

“It adds better integration for dealing with source-control info, as well as enabling better control of live folders and remote publishing support.” 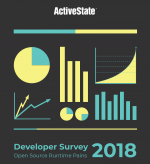