Each of these different Office 365 APIs, including the Unified API, have native SDKs as well as raw REST APIs. The Office 365 team is moving fast and releasing things as they are available, so which APIs and SDKs are available for each endpoint vary. (But they all include a REST API.) The native SDKs wrap the REST APIs in a fluent API that some developers prefer. In a show of their openness in the Office 365 platform, you will find native SDKs for .NET, iOS and Android, as well as cross-platform SDKs for Cordova and Xamarin.

Azure AD implements the popular OAuth 2.0 Web standard authentication protocol. This protocol supports multiple options for authentication, referred to as OAuth flows. These include the Authorization Code Flow where users authenticate with Azure AD and provide a token to the application or SharePoint Add-in that is used to obtain an access token (the key used in all Office 365 APIs).

Another option is the Client Credentials Flow, which allows developers to create applications that have app-only permissions that can authenticate without user involvement or elevate the permissions of the current user.

At the time of this writing, there is a little confusion about where SharePoint Add-ins reside: Do they live in SharePoint or Azure AD? When SharePoint 2013 was introduced in Office 365, Add-ins and their permissions were stored using Azure’s Access Control Service, but that has since been deprecated in favor of Azure AD. Microsoft is working to converge all SharePoint Add-ins to Azure AD and into a single Add-in registration portal. Stay tuned for more information on this throughout 2015.

Conclusion
Microsoft has made significant strides with Office 365 development opportunities for SharePoint, Exchange, the Office clients, as well as custom Web applications that leverage Office 365 data. Developers have many options available to them in creating custom applications. This is just the tip of the iceberg too as Microsoft and the Office 365 team are constantly improving upon their investment and introducing options for developers.

One of the hardest things is staying on top of everything. The best place to get the latest information is at dev.office.com. Here you’ll find documentation, articles, news and tons of free training opportunities from the Microsoft Virtual Academy and code samples found in its quickly growing organization on GitHub. 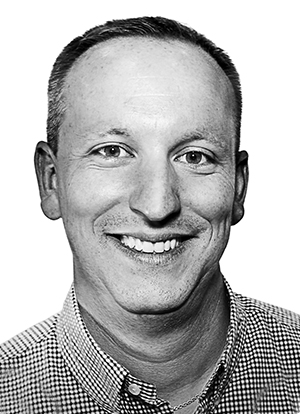 Andrew Connell is a full stack Web developer with a focus on Microsoft Azure and Office 365, specifically the Office 365 APIs, SharePoint Server, Microsoft Azure, Microsoft's .NET Framework, Angular and Node.js that enjoys development, writing and teaching. If it’s cutting-edge Web, you’ll find Andrew there! Andrew teaches these topics through his numerous videos and courses through Critical Path Training and Pluralsight. You can check out what he’s currently up to, what’s on his mind or where he’s speaking on his blog (www.andrewconnell.com), by following him on Twitter @andrewconnell, or subscribing to his cloud-related podcast, the Microsoft Cloud Show.

View all posts by Andrew Connell