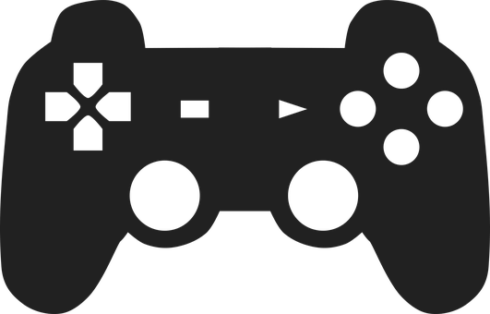 Gamification as a concept in software development is nothing new. Developers have long been using it as a means of increasing user engagement in their applications. Gamification in apps traditionally involves implementing some game-like elements, such as leveling up, getting achievements, or competing on a leaderboard, that will encourage a user to stay in an app longer, thus increasing engagement.

But gamification has expanded out of the realm of applications and is also being applied to developers themselves. In that context, it is used to encourage developer productivity and increase collaboration within teams.

RELATED CONTENT:
The many faces of Agile
A critical view of the Agile Manifesto
The new age of Agile: Evolving from teams to the entire business

According to Iba Masood, co-founder and CEO of Tara AI, the basic question behind gamification is: “Can you apply a system of rewards to essentially incentivize certain developer behaviors?”

Alejandra Sosa, VP of operations at Cognizant Softvision, has seen positive results from gamification because teams have come together more easily, resulting in quicker project ramp-ups, higher performance, and better quality. Because employees’ achievements are highlighted, it makes them feel valued and recognized within their teams, which then feeds directly back into their work.

“By applying gamification mechanics to product delivery, we build emotional connections between people and product outputs,” said Sosa. “Caring is the foundation of continuous improvement, and by gamifying the delivery process we can seed and accelerate a culture of continuous improvement. In the end, gamification is a great vehicle that enables people to become more effective at things they already do.”

Sosa believes that a reason gamification is successful today is that the demographics of workers have changed. The majority are “digital natives,” meaning they have grown up with access to engaging video games and software.

In 2019, the Entertainment Software Association released a study that revealed the average age of a gamer is 33 years old and that only 21% of gamers are under the age of 18. “Clearly, gamification is a language that today’s workforce understands and responds to innately,” said Sosa.

According to Masood, companies have had varying success with gamification, depending on the approach they take. Some of the more successful examples of gamifications have to do with providing a certain benefit or incentive by reaching a milestone.

One of the most important considerations for implementing gamification is ensuring that everyone on the team understands that they’re still all in it together, said Masood. “The idea would be that even though there are different teams, across different teams you’re essentially attempting to meet a specific milestone for that team,” said Masood. “And so each team should be rewarded individually for the completion of a certain milestone versus having different teams be pitted against each other.”

Gamification can also help address the challenges of implementing Agile in distributed teams, Masood explained. It can be especially beneficial in encouraging engagement from teams that are currently disengaged, she added.

Masood recommends that any company interested in gamification test it out in a pilot program and see how it evolves. Once it is successful, it can begin to be rolled out to different teams.

While some teams have seen success with gamification, not everyone is on board with the idea. CodeStream’s CEO Peter Pezaris doesn’t find much value in the practice. He says that of the many development teams he’s spoken to, he hasn’t heard any of them speak of gamification as something that’s brought them positive results. “I think it’s a promise that has had good positive results in other aspects of our life and people are trying to shove a round peg into a square hole and it just doesn’t work,” he said.

There are a few reasons for this, he believes. The first is that developers are inherently skeptical. Pezaris believes developers can tell when they’re being manipulated and don’t like it.

Sosa believes that gamification only really works in teams that are fully on board. She recommends never forcing gamification on a team that won’t be open to it. “You can’t use gamification to force people to do something they don’t want to do. Successful gamification lives where company and employee goals align,” she said.

Masood added that a top-down approach of implementing gamification probably won’t be successful. She believes that one of the downsides of gamification is that it often starts with management, but it really should start from within the teams themselves. “One of the best ways I’ve seen, at least in my experience, is when teams self organize,” she said. “And when they’re self-organizing, if they believe that there is a rewarding behavior that they’d like to introduce, then I think it’ll be much more interesting to see this type of self-organization of gamification, versus it being something top-down.”

Another reason Pezaris believes gamification doesn’t work is that because developers are problem solvers, they inevitably try to break the game. “Whenever you try to introduce a system that has even the slightest whiff of gamification, it becomes a game to break a game,” he said.

Despite those downsides, when implemented successfully, gamification can be beneficial overall. “Gamification often creates intrinsic motivation around productivity, while also contributing directly to project and business goals,” said Sosa.

Sosa expects that gamification will become much bigger in the coming years. She likes to view it not as a trend, but as a platform that has been around for a while that just needs to be taken advantage of. “Like other things there will be wins and misses, and key learnings that will help make things more successful. Providing that there is clarity on the goals, then the opportunity for success dramatically increases.”

Masood also believes that within the next five to 10 years there will be interesting applications of gamification within Agile sprints. She predicts that the sprint methodology will begin to evolve. “So yes, you’re encouraging teams to work within a specific time frame and have a specific goal and a specific milestone. But I think things can begin to become very interesting once you start to get incentivized for either earlier delivery or you start to incentivize for creativity,” she said.