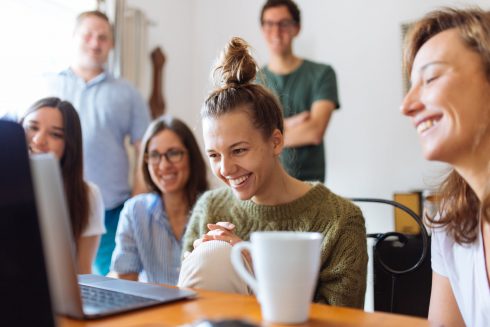 Organizations that really want to make Agile processes work realize they have to make an investment in people.

That was among the findings of the 13th State of Agile Report, produced by Collabnet VersionOne and released today.

The top three responses to the question of what has been most valuable in helping organizations scale Agile practices were internal Agile coaches, executive sponsorship and company-provided training. According to the report, these point to a commitment to invest in success, said Lee Cunningham, senior director of enterprise Agile strategy at Collabnet VersionOne. “The thing that stuck out most to me, what are people looking at to be vital for success in scaling Agile,” he told SD Times. “They’re not just investing in having a consultant come in and provide whatever they can provide, or a tool … they’re investing internally for things that need to be sticky within their organization.”

A notable change in results from last year’s survey is that 41 percent of respondents cited reduced costs as a reason to adopt Agile. Of those already doing Agile, 28 percent said they found reduced costs as a benefit of having adopted an Agile methodology. Those increased by 71 percent and 27 percent over last year, respectively.

Cunningham noted that there are certain inflection points in the industry where change occurs, and in the in-between years, things don’t change a lot. The challenges, he said, are the same every year, and success in Agile adoption and scaling it throughout an organization comes down to culture. “What it takes to make it work is better understood, but are organizations getting better at doing that? I don’t know,” Cunningham said.

The most widely used Agile methodology remains Scrum, with 54 percent saying it’s in use in their organizations. Another 10 percent are doing Scrum with XP. But there is no agreement in the industry as to the best methodology, as XP, Lean, Scrumban and iterative development are in use. “Every year, I keep waiting for at least one of those to be 100 percent,” Cunningham said. “Out of this whole list, we can’t find one thing that everyone agrees on? There’s a borrowing of practices between what were once different methodologies.”

To scale Agile across their organizations, SAFe (Scaled Agile Framework) at 30 percent and Scrum of Scrums at 16 percent are leading the way. The leading challenges were organizational culture at odds with Agile values (52 percent), general organizational resistance to change (48), inadequate management support and sponsorship (44), and lack of skills (40).

“I think what SAFe has done is give people a visual as well as some pretty good foundation background, thought leadership, synthesized from a lot of places, but it’s still really hard to do, and the organizations that are succeeding have finally embraced the fact that you have to address these challenges that come up every year.”