A role in identity verification 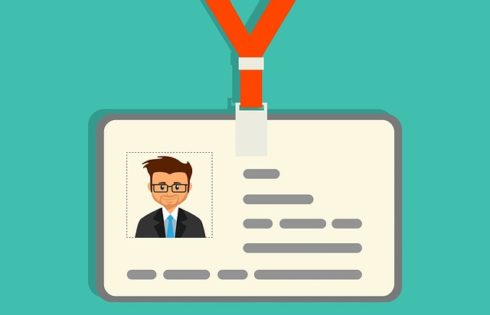 Previous methods of identity verification aren’t as efficient today when there is so much more data in circulation. Augmented intelligence has entered the arena to provide much more accurate solutions for ID verification.

Previous methods just required basic information of where someone lives and the applications would then just check a database. One company called Jumio utilizes pictures of government-issued IDs to verify whether this is in fact the correct person, who then has to take a selfie that matches the original ID.

AI can adjust and see the different security features that are particular to passports from certain areas to see if it’s legitimate, whether that’s a watermark or a photo, or the ID number. Where AI falls down is where AI can’t read the security feature, whether that’s due to fluorescent lighting or glare found in the picture, said Dean Nicolls, the vice president of global marketing at Jumio.

“When AI sees an ID and there’s a lot of glare or a lot of blur on it, the first thing it’s going to say is I can’t read it,” Nicolls said. “Solutions that are 100% automated that rely on AI completely are going to essentially say, sorry, I can’t read the image and I’m going to return a nonrenewable.”

“So that leads to a really bad customer experience,” Nicolls continued. “And for our business customers, like in this case, the bank, now they’re put in a very bad position because now they’re being told that 30% of the transactions are unreadable.”

Jumio’s solution employs actual human agents who are trained to find out where the AI fell short and to then render a decision. The AI additionally tells the agent specifically where its capabilities fell short. For example, it says there was glare on the face due to the overhead lighting. So now the agent only needs to look at the image on the face, rather than the whole ID.

“The augmented technology helps our agents, guides them and tells them where to look and what to review to ultimately render a yes or no verification decision,” Nicolls said.

Another way in which humans help train the AI is by looking at the models created for learning to help determine where AI fell short, creating a real-time feedback loop built into the process, Nicolls explained.

“Essentially the way AI works is you throw a bunch of data at it and then you let the data determine the algorithms. Not only do our agents decide by giving a yes or no decision, but they are letting us know where the AI fell short. And the fact that we have human agents that are looking at a portion of those that are instructing us where the algorithms fell short, that’s also speeding up the learning process,” Nicolls said.

Nicolls said that the goal is to eventually take AI algorithms from 20% of cases that are currently unreadable down to only 5% or 10%. However, the role of verification experts is still important in making that AI iteratively better over time.

Augmented intelligence can prove useful in areas where the data isn’t perfect. For example, in radiology there are perfect chest scans that augmented intelligence works off of and in that case it could almost replace the radiologist, according to a Stanford study. However, with things like ID verification a lot of the times the data isn’t perfect.

“People think of AI as being a panacea and they think that AI can solve all the world’s problems, right? And in many cases it can solve a lot of problems when you have a lot of perfect data,” Nicolls said. “Most of the situations where I see AI applied, data isn’t perfect and you deal with some uncleanliness and this is where augmented intelligence really, really helps.”