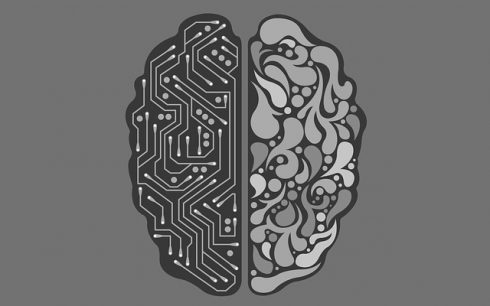 Across industries, machine learning is augmenting and in some cases taking the place of human decision-making. In recruiting, legal sentencing, loan approvals and even college admissions, algorithms now play a part in determining candidate selection.

The science behind AI provides a more efficient approach to complex decision-making. However, for those without a PhD in mathematics and statistics, the rationale behind AI-generated decisions can seem murky, at best. This is commonly referred to as the “black box” problem of AI.

When AI turns on the lights or forecasts weather, we usually don’t care about the process behind the technology. It’s only when AI fails to deliver a desired result — like a job offer — that we demand an explanation. It can be difficult to explain what happens inside AI’s “black box” to someone who doesn’t have the same complex, technical knowledge and training as those who develop the algorithms.

So, instead of detailed explanations, developers need to change their focus and inspire confidence in the selection process, making it is as bias-free as possible. This means models must use reliable data to ensure that results are not disproportionately in favor of certain outcomes, like race, gender and education.

Predictions are only as good as inputs
A good data science practice requires confidence in the reliability of data, which in turn, leads to confidence in its results. But in many selection models, the evaluation of candidates is based on historical data. If the data is biased, then those biases may be baked into the results.

Explainable AI enables developers to provide more visibility into historical biases and how they factor into candidate selection. Often referred to as xAI, explainable AI sifts through inputs to identify data that has the biggest impact on the model’s decision. This doesn’t solve for historical bias, but it does help developers attain a degree of transparency in explaining why a candidate was selected by the model.

While it is still difficult to explain the selections and nuances of each model, providing high-level insights about the inputs that factored into the algorithmic decision can improve the public’s confidence in model reliability.

Champion model selection
Another method of improving confidence in AI’s decisions focuses on model selection. By running multiple models to arrive at a result, developers can alleviate fears of model bias, while at the same time producing more accurate outputs.

Developers who use this method continually work to create the best predictive model. They do so by testing existing “champion” models against newer “challenger” models. Historical data is processed through a series of diverse predictive algorithms to test the accuracy of the champion model based on the results generated by the challenger models.

Champion model selection can also identify an “overfit” algorithm. This happens when a model is too complex and performs unusually well on its training data. Then, when introduced to new data, the model adapts poorly after having “memorized” the nuances and characteristics of the existing data.

Ultimately, champion model selection reassures users that the selected model does not compound or even improve against bias because it was tested against other models that predicted less accurate results. The process can be challenging, but it adds a layer of confidence to algorithmic decision-making.

Prediction vs. fact
Every AI output comes with a probability and a confidence factor. Developers should use AI outputs to help justify decisions — they shouldn’t serve as the sole deciding factor. At the end of the day, machine learning provides data-driven insights that, while valuable, are only mathematical calculations.

Through careful presentation, developers can condition users to become comfortable with technology that will almost never produce results with 100 percent confidence. Instead of stating predictions as fact, they should use language that presents outputs as suggestions.

As users become familiar with emerging technology, they will become more comfortable with machine-driven decision-making. However, full transparency in the field of AI is not a realistic goal and will become even less so as the technology progresses. Attempting to understand the results from deep learning would mean trying to guess the thousands of lessons an algorithm learned by sifting through reams and reams of data.

The bottom line is that explanations must remain simple as the technology becomes more complex. By focusing on models, data and language, developers can convey confidence in their results and overcome the challenges posed by the complexities of AI’s “black box.” 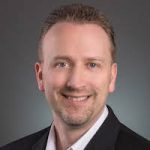 Steve Stover is vice president of product at Samanage,

View all posts by Steve Stover