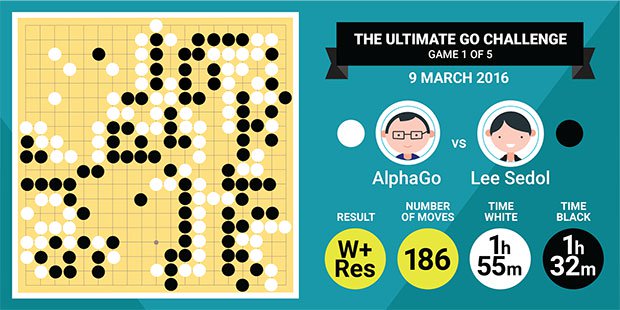 After much chatter and speculation from fans, today Google posted an analysis describing AlphaGo’s victory victory and what was learned in South Korea. The AlphaGo AI project by Google’s DeepMind defeated Go champion Lee Sedol four games out of five.

Demis Hassabis, CEO and cofounder of DeepMind, wrote that AlphaGo is capable of making value judgments that would be difficult for a human.

“We’ve learned two important things from this experience. First, this test bodes well for AI’s potential in solving other problems,” he wrote. “AlphaGo has the ability to look ‘globally’ across a board—and find solutions that humans either have been trained not to play or would not consider. This has huge potential for using AlphaGo-like technology to find solutions that humans don’t necessarily see in other areas.

“Second, while the match has been widely billed as ‘man vs. machine,’ AlphaGo is really a human achievement. Lee Sedol and the AlphaGo team both pushed each other toward new ideas, opportunities and solutions—and in the long run that’s something we all stand to benefit from.”

The rest of the official blog post on AlphaGo by Hassabis is available here.