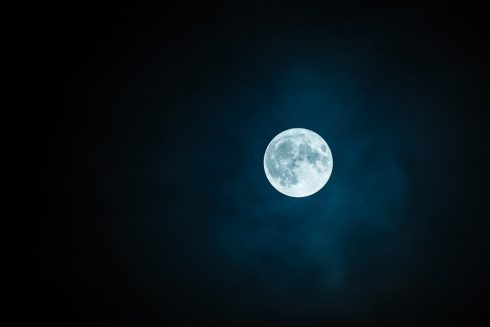 AI has become such a buzzword that many test tool vendors are using the term without actually having any AI. It’s become a serious issue for the software industry, as it has for other industries. Customers need to realize there’s probably more hype than reality in most of what test solution vendors are saying.

“When looking for an AI test solution, developers should dig into what the prospective solution actually has now and how it’s going to benefit them. If they say AI, do they really have any AI or machine learning (ML), and have they employed it in a way that will benefit my needs,” advised Kevin Surace, CEO of Appvance, Inc. Appvance was the first to come out with anything in AI, and has the patents and solutions to prove it.

Surace suggests that CIOs step back and analyze where their QA people spend their time and deploy AI against that, because that’s where they’ll save money, time and achieve a better outcome.

Flailing around with AI

Many attempts at making AI work have come out of academia over the last two years, and several vendors have picked up on them — for example, using deep learning to go out and scan the world’s applications and learn something from that exercise. It’s expensive, and while you do learn some things, they were things that really good humans already know.

Surace says Appvance went down that road years ago. “We don’t talk about it, but the fact of the matter is, there is virtually nothing to learn down that road because every application is built differently, by a different team, with a different framework for a different purpose, and all you get is noise, and noise is your enemy in AI. And it’s especially your enemy when you’re trying to do deep learning.” There are hundreds of ML algorithms that are valuable, can learn quickly, and give you actionable information rapidly.

“The best AI does not try to learn everything by itself. It uses something called AI hinting. This is where you take the best of human knowledge and give it to the AI ahead of time. So it’s got a big leg up, right? It starts 10 stories up … it doesn’t have to climb from the ground to the 10th story,” shares Surace said.

Appvance’s approach is to use ML, essentially hit it with every piece of knowledge the company has about applications, libraries and the particular application under test. It builds on the human knowledge. It doesn’t start from ground zero. Surace admitted it’s not for the purist of AI. He said, “You mix human knowledge with AI and now you’re just using AI to augment humans. Well, yeah, that’s the point.”

“AI hinting” gives companies the leg up to be able to move down the road further, faster. “In an agile world, you do not have time for AI to take more than a few minutes. Certainly less than an hour, or else nobody’s going to be where they want to be from a DevOps target,” he pointed out. Because everyone is trying to get through several builds a day, from a release every six weeks to maybe a release or two a day, they need QA technology that will help them do that.

Surace said of Appvance: “Our goal for every application, including very large ones, is always to deliver in under an hour.  Because if we’re done in an hour, then we can generate automatically, say 5,000 tests, data driven, run those and give you all of your answers 20 minutes later. Because they run in parallel, you’ve now automated beyond what your test team has been doing in days or weeks, and achieve nearly 100% coverage. Now you’re using AI, or ML to attack the real problem. The real problem is time, cost, speed, right?”

Something developers, Devops teams and QA need to understand is that to take full advantage and realize the benefits of real AI testing solutions, they need to be patient. The idea that they can download a free tool and decide if it’s for them in a few days isn’t realistic and sells true technology short.

The Appvance system is a system. An AI system needs professional setup and professional training, there is nothing for free. According to Surace, “You don’t get it for free and you’re not going to see instantaneous results., It’s AI. It needs time to learn, we need time to understand the in’s and out’s of an application. We need to set it up right, and we need to get it behind the firewall.” He encouraged companies to do a proof of concept but pointed out when Appvance does a POC it has people on the ground, in the company, working with the team for weeks. After some fine tuning, some months in, he said clients are amazed, “Oh my goodness. This is a game-changer.”  He emphasized it isn’t done day one, it isn’t on week two and doesn’t happen because one of the client’s people downloaded something and pushed a few buttons and off it went. “It’s really sophisticated technology… think SAP. You don’t go and download SAP and then say, ‘Look, overnight I made it work for our company!’. No, SAP comes in for possibly years to make it work for your company.”

Surace suggests that people have a one-year plan in QA so that they start with AI now, initiate a few-month POC, then roll it out against a few key applications. In a year, against two or three applications, maybe companies have achieved a 50% productivity/speed increase. Some much more than that. They’ll be amazed. For most companies, a 20% productivity increase would be ‘knock it out of the park’. “We are seeing clients achieve 80%+ in certain applications and incredible speed and coverage” he said.

Of AI, Surace said: “Give it time, a little bit of money, and some people dedicated on both sides. You will get the big bang for the buck.”