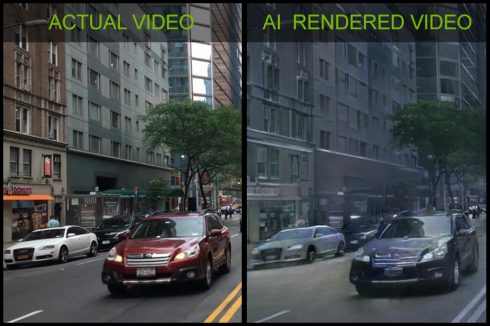 NVIDIA has announced new AI research that will allow for 3D environments to be rendered by using a model trained on real videos. This will open up many opportunities in gaming, automotive, architecture, robotics, and virtual reality, the company explained.

“NVIDIA has been inventing new ways to generate interactive graphics for 25 years, and this is the first time we can do so with a neural network,” said Bryan Catanzaro, vice president of Applied Deep Learning Research at NVIDIA. “Neural networks — specifically generative models — will change how graphics are created. This will enable developers to create new scenes at a fraction of the traditional cost.”

“Serverless is being rapidly adopted by the enterprise, with some sources indicating that 46 percent of IT decision makers are now using or evaluating the technology,” said Serkan Özal, founder and chief technology officer of Thundra. ”But the key to the success of these projects will, in large part, be contingent upon each team’s ability to implement and use observability technology to quickly pinpoint critical performance issues, course-correct and solve them without guesswork.”

This discovery is important because the 3D structure of proteins determines what that protein can do. Being able to predict that structure will help scientists understand its role within the body, and will enable them to design new cures for diseases.