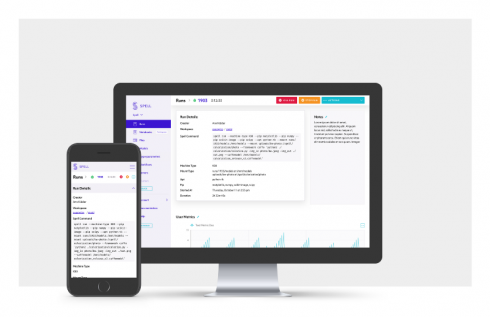 In addition, Spell has announced that it raised $15 million in funding, which it will use for continued innovations to help advance larger organizations, while still continuing to bring AI to the global workforce.

“AI may seem so advanced, but behind the scenes, 90 percent of the work is often spent on the basic mechanics of getting data, software and computation in the right place,” said Serkan Piantino, co-founder & CEO of Spell. “Rather than having to start from scratch to build dozens of machines or physically move data from place to place, teams and businesses can run real experiments from a laptop at a coffee shop.”

“At Google, we consider translation a key component of making the world’s information universally accessible and useful. This commitment extends not only to localizing our own products, but also to providing tools to help developers and translators more easily localize their apps,” Chris Yang, program manager for the translation service at Google, wrote in a post.

Up until Scratch 2.0, the language was built on Flash, but now several of its projects are now built on top of Blocky, which is a library for easily adding block programming to apps. Now, the company is showcasing some of the projects it has built using Blocky, such as Code a Snowflake and Google Doodle. More information is available here.