Effective Sept. 3, Schireson will transition into the role of vice chairman and remain with the company full-time. In a personal blog post entitled “Why I am leaving the best job I ever had,” he explained that his decision was motivated by a desire to spend more time with his wife and young children in California rather than travel regularly to and from New York.

“We have amazing customers, a great product which gets better with every release, the strongest team I have ever worked with, and incredible momentum in the market,” Schireson wrote. “The future is bright and MongoDB deserves a leader who can be ‘all-in’ and make the most of the opportunity. Unfortunately, I cannot be that leader given the geography of the majority of the company in New York and my family in California.”

Schireson has been CEO of MongoDB since 2010, when it was still 10gen. Ittycheria was cofounder and CEO of enterprise software company BladeLogic, and became president of the Enterprise Service Management business at BMC Software when BladeLogic was acquired in 2008 for US$900 million.

More information about MongoDB’s executive transition can be found in the press release announcement. – Rob Marvin

Microsoft announces Windows 8.1 update
A bunch of new improvements will hit Windows 8.1 on August 12, as the OS inches its way toward Windows 8.1 Update 2.

Microsoft senior marketing communications manager Brandon LeBlanc announced the update in a blog post, making clear that this update is not Windows 8.1 Update 2, but a set of incremental improvements to the Windows experience. The main additions include new end-user settings to improve the precision touchpad, minimized login prompts for SharePoint Online, and Miracast Receive, which exposes a set of WiFi direct APIs to assist in developing Windows 32-bit applications.

EFF tells U.S. Patent Office to ‘end the flood of stupid software patents’
The Electronic Frontier Foundation, a nonprofit advocacy group for digital civil liberties, has publicly implored the U.S. Patent and Trademark Office (PTO) to follow through on a recent Supreme Court decision to cut back on abstract software patents.

In a blog post, EFF staff attorney Daniel Nazer detailed how the U.S. Supreme Court’s promising decision in Alice Corp. v. CLS Bank to enact a major change to patent law could be derailed if the PTO succumbs to pressure to ignore it. The decision has the potential to reject thousands of overly vague software patents by stating that “generic computer components” do not become patent-eligible simply upon being “configured” to perform “specific computerized functions.”

The EFF also urged the PTO to make sure all pending applications, even those about to be issued, are reviewed under the Alice decision as part of the concerted effort to strike a major blow against patent trolls.

“While Alice creates some extra work now, the decision will hopefully deter applicants from filing applications for abstract software patents in the first place, especially since the Supreme Court made clear that clever wording (the ‘draftman’s art’) cannot make the unpatentable patentable,” Nazer wrote. “There is no better way to reduce the patent backlog than by clearing the system of thousands of bad software patent applications.” 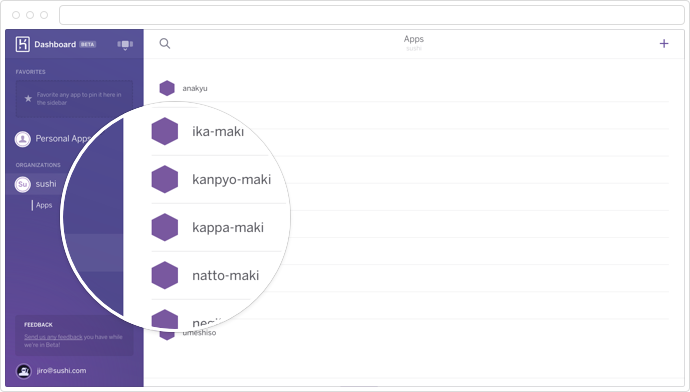 More information about the new beta features can be found on Heroku’s blog. –Rob Marvin