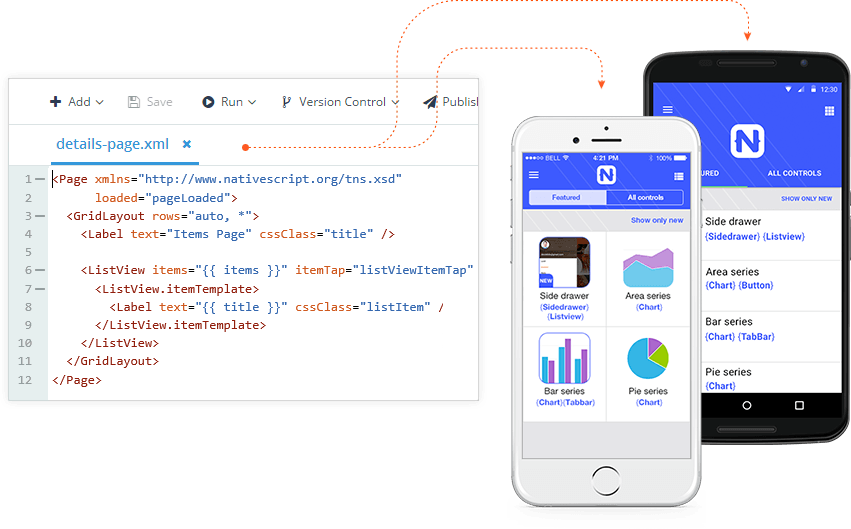 Build native iOS and Android apps from a single codebase with NativeScript. NativeScript is a open-source cross-platform framework dedicated to native mobile development.

“As many companies are adopting more modernized and digital strategies, developers are looking for more ways to save time and developer apps across multiple platforms,” said Dan Wilson, NativeScript product marketing manager for Progress. “NativeScript allows developers to write just one app that works on every platform. Developers can jumpstart development by leveraging open-source code from NPM, Android Arsenal and CocoaPods.”

The team recently announced NativeScript 1.7, which included full integration with VS Code editors and debugging for iOS/Android on Mac and Windows, the Angular 2 SDK alpha release, and the first preview of the Windows Runtime for NativeScript. NativeScript 1.8 is expected to be released in May and provide new UI component, the beta 2 release of Angular 2.0 SDK, and performance optimizations in Android.

#2. FreeCodeCamp: If you haven’t checked out this GitHub project yet, what are you waiting for? It has been trending for months.