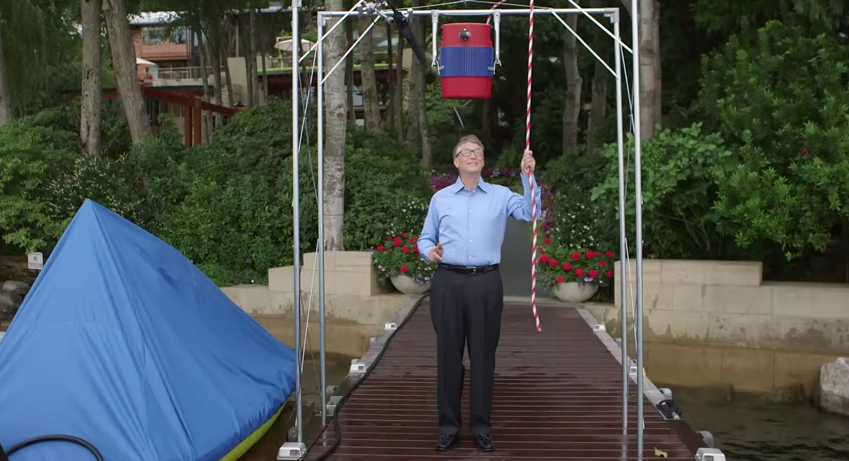 Bill Gates gladly accepted Facebook CEO Mark Zuckerberg’s nomination to the ALS ice bucket challenge, but Gates resolved to “do it better than it’s been done.”

The cofounder and former Microsoft CEO had some nerdy fun with the viral challenge to raise awareness for ALS, drawing up a detailed design and welding together his own bucket-dumping pulley contraption complete with a red candy-striped rope to pull down for effect. Leave it to the creator of Windows and king of philanthropy to take the challenge up a notch.