Amazon is releasing a new tool to build, develop and deploy apps on Amazon Web Services (AWS). The company announced CodeStar, a new cloud service to accelerate the time it takes to release applications and solutions.

According to the company, development teams are often burdened with setting up new project environments, getting teams to collaborate, and keeping track of code, configuration and libraries for each build. CodeStar solves these problems by providing project templates for Amazon EC2, AWS Elastic Beanstalk and AWS Lambda in five different programming languages: JavaScript, Java, Python, Ruby and PHP. It also provides a unified experience for access and security policies; features a pre-configured project management dashboard for tracking activities; and enables developers to run sample code.

“Today, with companies’ need to innovate and get to market faster, it has become essential to make it easier and more efficient for development teams to create, build, and deploy software,” Tara Walker, AWS technical evangelist, wrote in a post. “With AWS CodeStar, development teams can build an agile software development workflow that not only increases the speed in which teams and deploy software and bug fixes, but also enables developers to build software that is more inline with customers’ requests and needs.”

In addition, the company announced the general availability of AWS X-Ray. Amazon first introduced X-Ray at its re:Invent conference in December of last year. X-Ray enables developers to analyze and debug their distributed apps as well as gain insight into the performance of their servers. 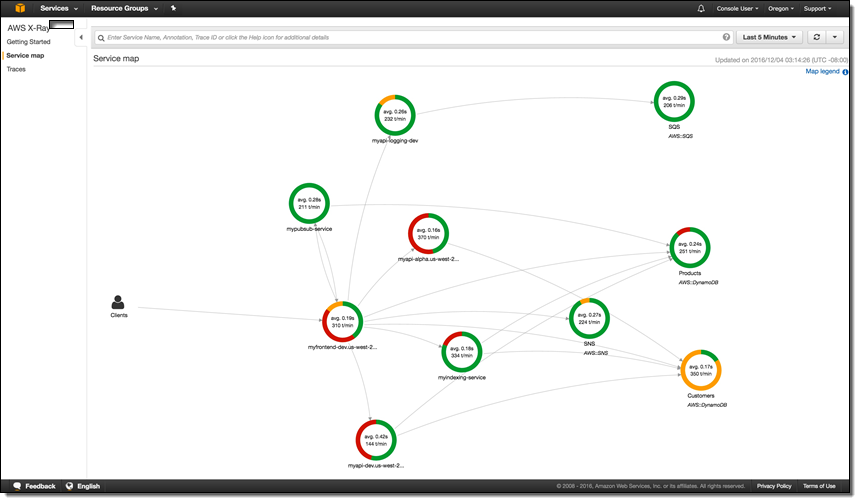 “As I showed you last year, X-Ray helps you to perform end-to-end tracing of requests, record a representative sample of the traces, see a map of the services and the trace data, and to analyze performance issues and errors. This helps you understand how your application and its underlying services are performing so you can identify and address the root cause of issues,” Jeff Barr, chief evangelist for AWS, wrote in a post.

X-Ray features the ability to review request behavior, discover app issues, improve app performance, and support for complex application in development or in production. The GA release of the solution also features a preview of AWS Lambda integration, enabling Lambda developers to gain insight into function executions and performance.